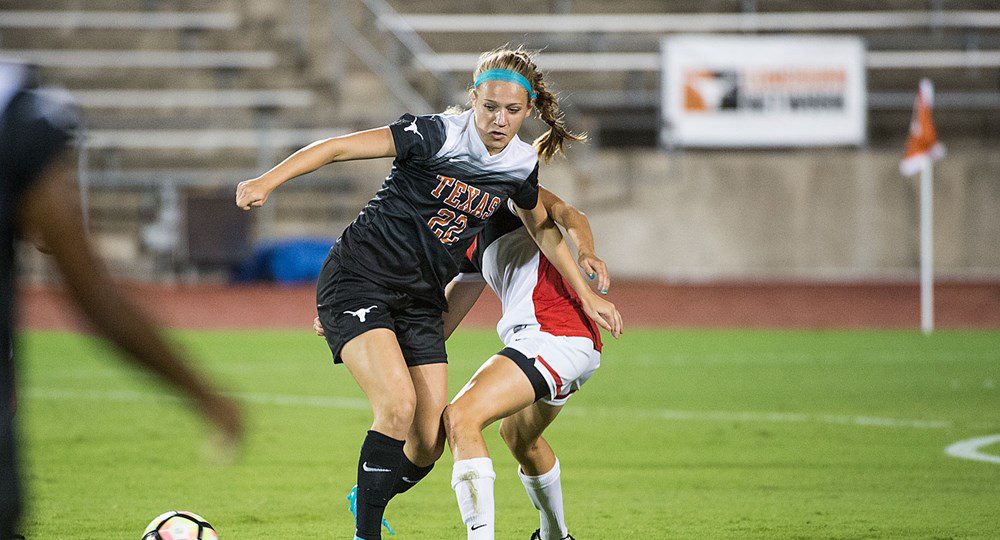 Freshman forward Kyra Falcone scored twice in less than a minute to lead the University of Texas soccer team to a 7-0 rout of Sam Houston State Friday (photo courtesy of texassports.com).

AUSTIN, Texas — The University of Texas soccer team got goals from six players, including two from freshman forward Kyra Falcone, in a 7-0 rout of visiting Sam Houston State Friday at Mike A. Myers Stadium.

The stat sheet was as one-sided as the score. UT outshot its guests, 30-1, including an 18-0 margin after the halftime intermission, and held a 12-1 edge in corner kicks. By the time Texas scored twice in the first 17 minutes, the game was essentially over.