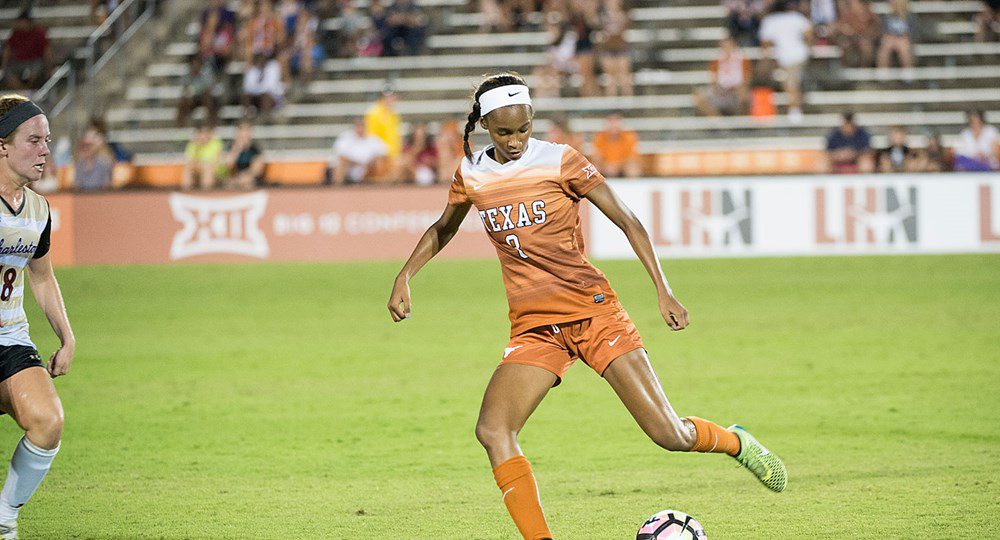 AUSTIN, Texas — The Texas soccer team got goals from sophomores Katie Glenn and Alexa Adams, but it was a measure of good fortune that gave the Longhorns the decisive score in a 3-1 victory over Detroit at Mike A. Myers Stadium in Austin.

Glenn put Texas ahead, 1-0, when she headed in an assist from Julia Dyche in the final second of the first half.

“We had 10 or so seconds left, and there's never really too little time to score,” Glenn said. “She (Dyche) just served it up, and I just tried to get something on it.”