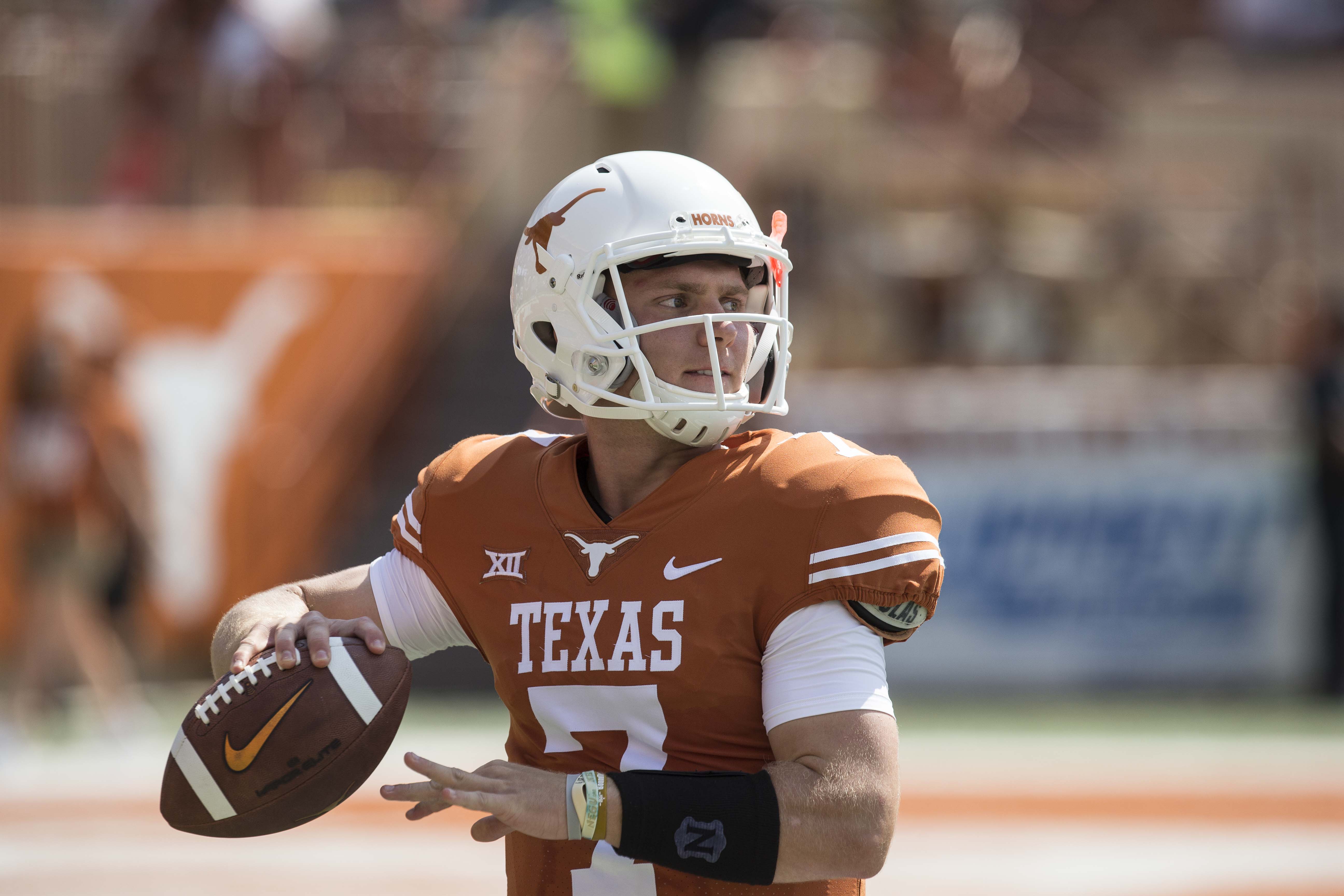 Junior Shane Buechele intends to transfer away from the Texas Football team after graduating this spring (Photo courtesy of Texas Sports).

With opportunities abound to become a starter once more, Longhorn junior Shane Buechele intends to transfer after graduating from Texas this spring.

Buechele proved his worth while coming on for an injured Sam Ehlinger during the 2018 campaign, and Buechele remained a solid teammate and backup to Ehlinger, who took over the starting gig this season.

There are plenty of schools out there in need of a top-tier, quality starter at quarterback, and with two more seasons of eligibility left, Buechele will have his options.

“There's certainly a lot of confidence that Sam had earned in his teammates, but based off what Shane Buechele has done in his career here, there's nobody that doubts that we can win games with him and win big games with him,” Texas head coach Tom Herman said of Buechele's pedigree during last season.

A lot of the talk has Buechele pointed at a return close to home, most likely to SMU, as Buechele is from Arlington.

Rumors began in December that the junior was eyeing the Mustangs if he decided to leave the Forty Acres. SMU also lost a quarterback recently, as former starter Ben Hicks declared his intent to transfer to Arkansas earlier this offseason.

Because he’ll be a graduate transfer, Buechele is eligible to enter the transfer portal and play right away in 2019 without having to sit out a year. And since he just played in two games this year, he can count that as a redshirt season to retain his two years of eligibility. 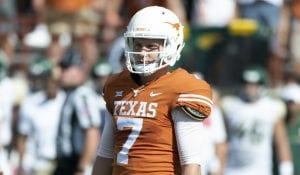 Shane Buechele will have two more seasons of eligibility after declaring his intent to transfer this spring (Photo by Jesse Drohen/Horns Illustrated).

During his freshman season in 2016, Buechele started 12 games and looked like he might be entrenched as the Longhorns’ starter for seasons to come while racking up 2,958 passing yards with 21 touchdowns and 11 interceptions. Then, an injury forced him from the lineup in 2017, Ehlinger came on strong and the two took turns under helm the rest of the way. Going into 2018, head coach Tom Herman named Ehlinger the full-time starter.

After Ehlinger went down with an injury against Iowa State, Buechele came in and led Texas to an overwhelming win against then-No. 18 ranked Iowa State. He went 10-for-10 with 89 yards and a touchdown, then followed that with a 20-for-34 performance for 184 yards, a touchdown and a pick in the win over Baylor.

“You never want this to happen — you never expect it to happen,” Buechele said of Ehlinger’s injury. “Just talking with my family and my teammates, they've always said stay ready and be the best teammate that you can be. That's what I've tried to [do] since fall camp.”

He started the next week as well and promptly led the Longhorns to a win over Baylor as well, both crucial victories as Texas made its way to — and won — the Sugar Bowl this year.

Will he be ready after nearly a year away? If his performances in 2018 and attitude toward being a backup are any indication, Buechele's name will come up quite a bit in 2019, wherever he lands.

“Once adrenaline kicks in, you go to the basics of playing football," he said of getting back on the field.