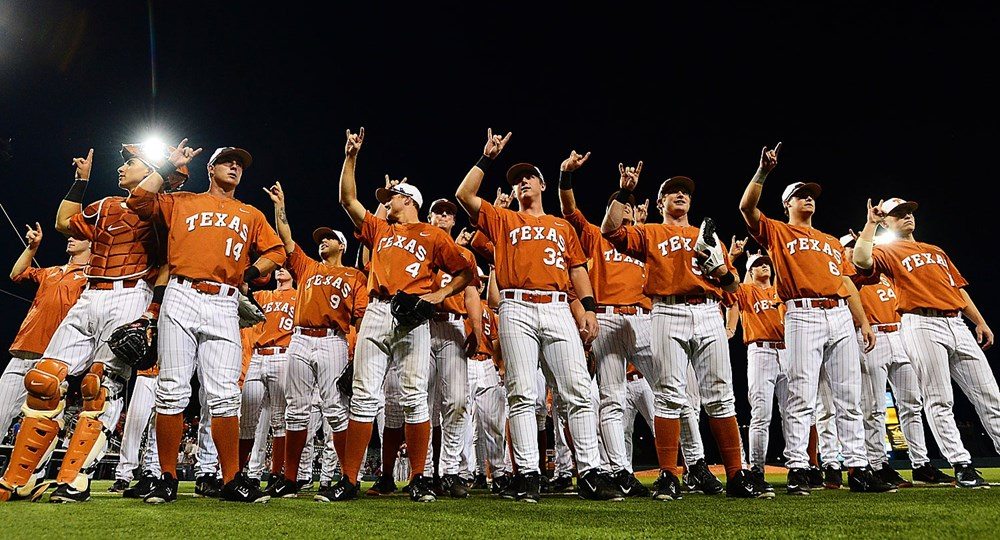 AUSTIN, Texas—Texas Baseball announced its 2017 home game times, with Longhorn Network, the home of Longhorns baseball, televising more than 30 games this season beginning February 17 with the first of four contests vs. No. 23 Rice.

Following the four-game series against the Owls, the LHN schedule includes a three-game set against UCONN (February 24-26) and a Tuesday game against Lamar (February 28).

The Longhorns then head out to Palo Alto to face Stanford before returning to Austin for nine straight home games, beginning with a pair of midweek contests against Richmond (March 7) and Texas A&M-Corpus Christi (March 8) and a three-game series against UCLA.

LHN will then carry the March 14 game vs. Texas A&M before opening Big 12 play.

Big 12 Conference action on LHN begins with No. 14 Texas Tech (March 17-19). All Texas home games vs. Big 12 Conference opponents will appear on LHN, with the exception of the Longhorns' Friday, April 7 game vs. Oklahoma.

The television schedule concludes on LHN with a three-game Big 12 series against West Virginia (May 19-21).

Lowell Galindo will serve as the Texas Baseball play-by-play commentator for the first time this season. Keith Moreland and Greg Swindell, both former Longhorns, will serve as color analysts on the telecasts.

Moreland, an outfielder, helped the Longhorns reach three consecutive College World Series, including winning the CWS in 1975. He went on to play Major League Baseball from 1978-1989, including winning a World Series with the Philadelphia Phillies in 1980. Swindell, a pitcher, played in MLB from 1986-2002, including an All-Star appearance in 1989 and a World Series title in 2001 with the Arizona Diamondbacks. At Texas, he was the 1985 Baseball America National Player of the Year, a three-time finalist for the Golden Spikes Award and helped the Longhorns reach the CWS in 1983, 1984, and 1985. Moreland had his number retired in 2010 by Texas, while Swindell, who shared the same number as Roger Clemens, was honored by the university in 2009.