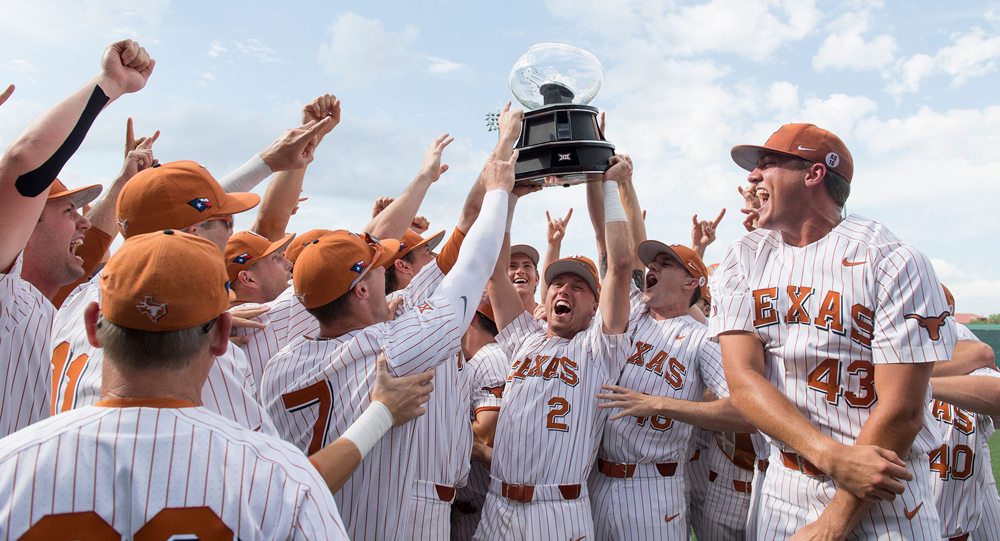 AUSTIN, Texas — Big 12 championships in baseball used to be a given for Texas but have been maddeningly elusive over the past seven years, when the Longhorns have spent most of their time just trying to keep their respective heads above water and other league teams have improved enough to sweep past them.

If UT's play over the final two-thirds of the 2018 season is any indication, that trend has been buried and the Longhorns are ready to reclaim their place in the front of the line and among the top programs in college baseball.

The 17th-ranked Longhorns captured their first Big 12 title since 2011 with a 7-3 victory Saturday over TCU at UFCU Disch-Falk Field that completed a three-game sweep of the Horned Frogs.