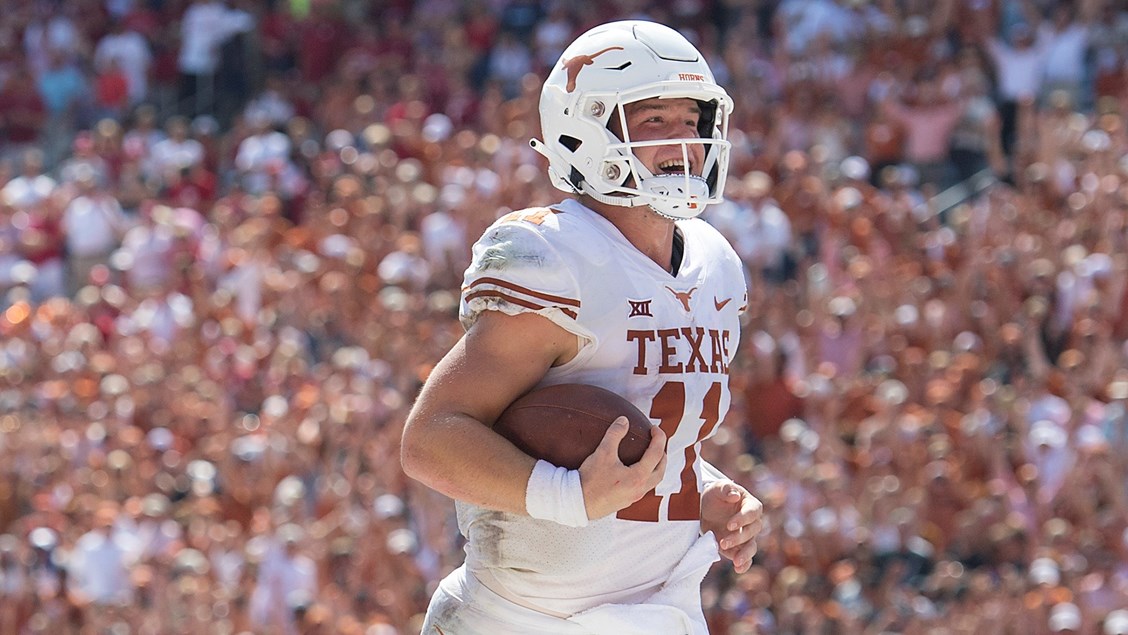 Quarterback Sam Ehlinger accounted for four touchdowns, including three through the air, to help lead the Texas football team to a 38-10 victory over Utah in the Valero Alamo Bowl (photo courtesy of texassports.com).

SAN ANTONIO, Texas — If you found yourself scratching your head a bit while watching Texas dismantle No. 11 Utah, 38-10, in the Valero Alamo Bowl on New Year’s Eve in the Alamodome, well, you are not alone.

The Longhorns played loosely and confidently, unleashing the talent and preparedness across the board that was expected from them heading into the season. The result was