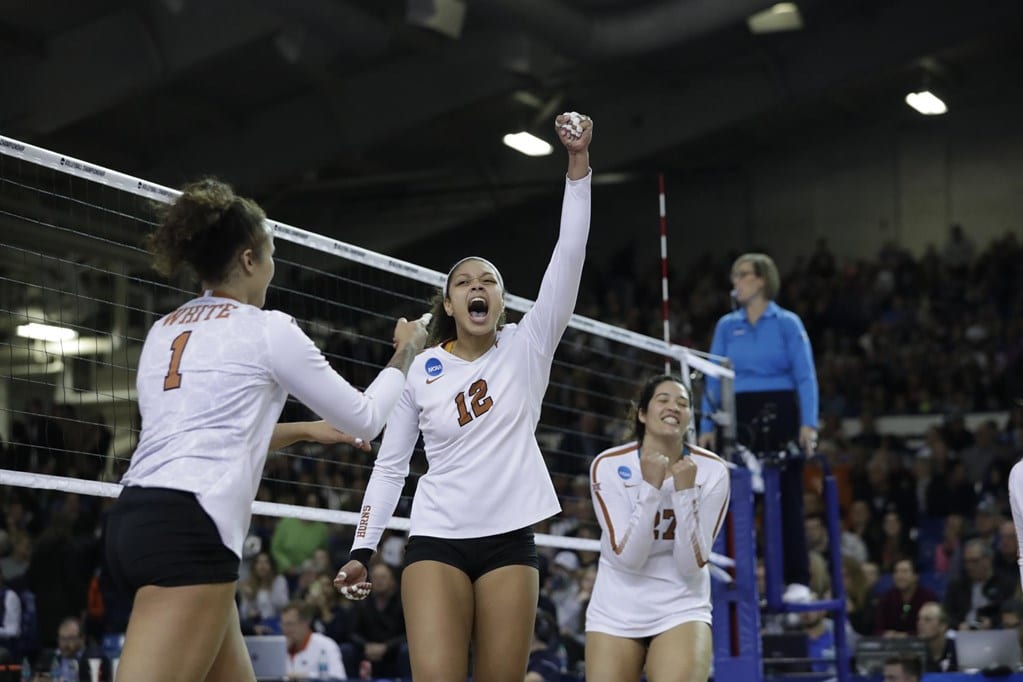 The Texas Volleyball squad advanced to the Elite 8 for a 13th straight season (Photo courtesy of texassports.com).

For the 13th season in a row, the Texas Volleyball team is headed to the Elite 8.

The Longhorns locked in and took down Michigan 3-1 Friday night in Provo, Utah behind double-digit kills from Micaya White, Logan Eggleston and Yaazie Bedart-Ghani who had 21, 17 and 15 kills respectively.

Texas came out scorching in the first set, knocking down the Wolverines 25-10. Michigan came right back and tied things up with a second-set win 29-27. Things flipped as the ‘Horns narrowly edged out the third set by the same score, 29-27, before taking the match with a 25-19 advantage in the fourth and final set.

With the win, the Texas is the only program in the country to have advanced to the Regional Final in 13 years straight.

Head Coach Jerritt Elliott is 57-16 in the NCAA Tournament for a 78.1 winning percentage. 🔥

Listen to what he had to say after the Horns' win tonight pic.twitter.com/bYtst0yofO

Also from senior leader @morganj___ after the match #Attack 🎱 pic.twitter.com/hFwP5Oa6XA

Jhenna Gabriel was a difference maker once more with 53 assists to keep the Texas offense humming along. Sydney Petersen led the squad with 18 digs and Autumn Rounsaville pitched in with 12 digs.

Texas will now face No. 4 BYU tonight at 7 p.m. in the NCAA Regional Final.