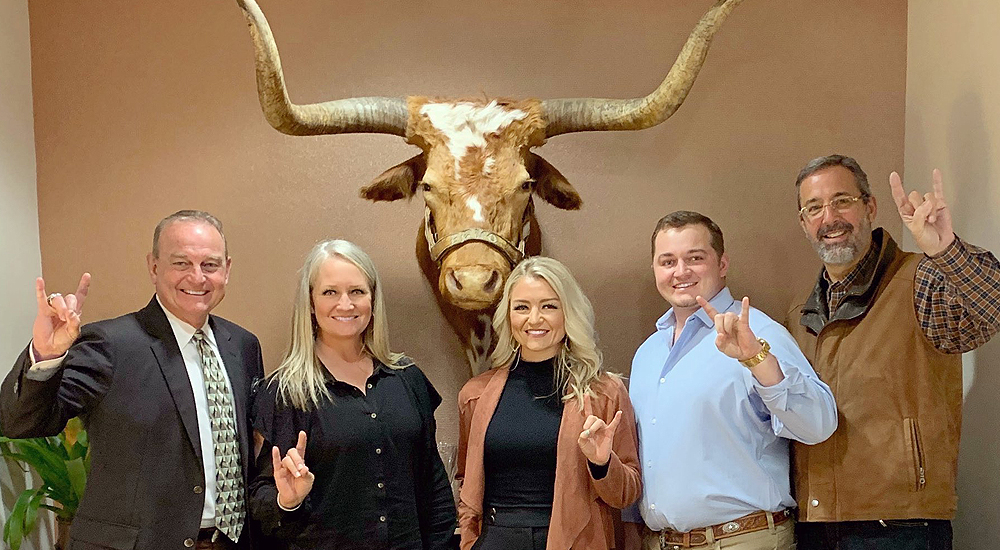 While no official announcement has been made by the University of Texas athletic department, vice president and athletic director Chris Del Conte (right) tweeted this picture with Vic Schaefer (left) and Schaefer's family with text reading "Guess who's coming to the Forty..." (photo courtesy of Chris Del Conte's Twitter account: @_delconte).

AUSTIN, Texas — Just two days after announcing the contract of women’s basketball head coach Karen Aston would not be extended, it appears the University of Texas already has found her replacement.