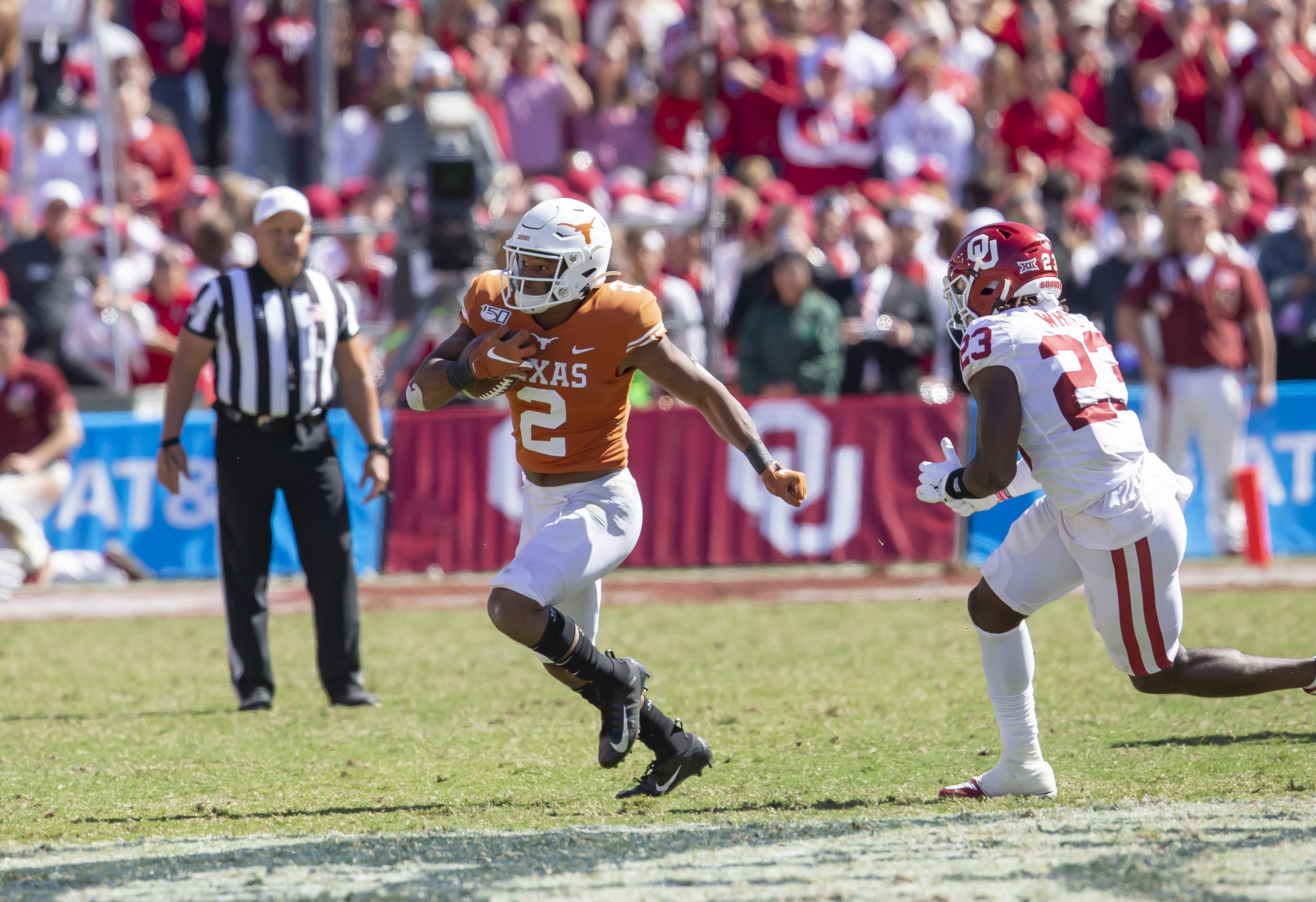 Texas football head coach Tom Herman said he has been extremely pleased with Roschon Johnson's transition from quarterback to running back, but declined to say whether Johnson has done enough to unseat Keontay Ingram as the team's starting running back (photo by Don Bender / Horns Illustrated).

AUSTIN, Texas — Here are some notes from Texas football and some quotes from coach Tom Herman’s Monday press conference as the Longhorns prepare to square off Saturday against Kansas at Darrell K Royal-Texas Memorial Stadium:

• Herman was asked if freshman