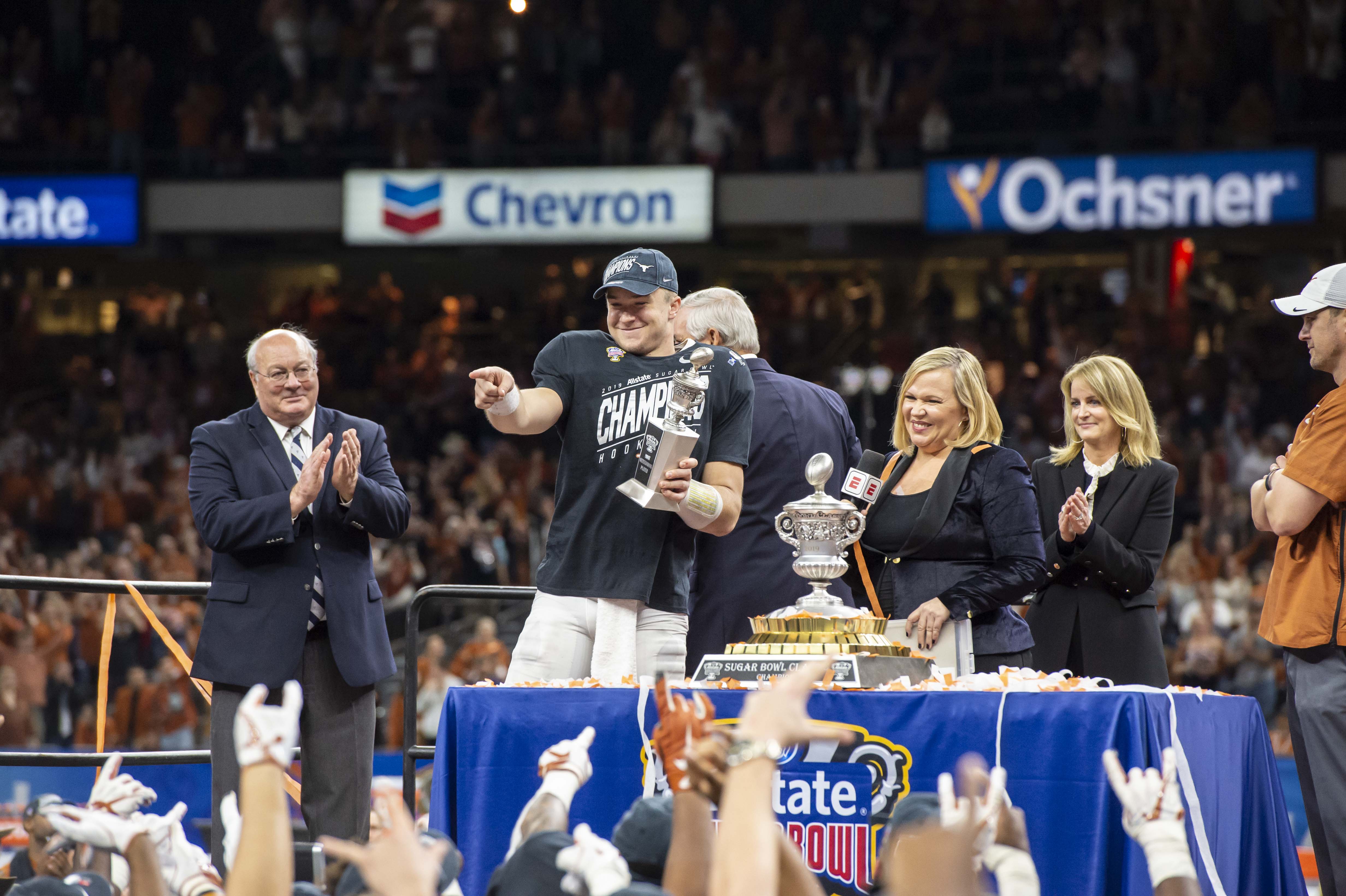 The Texas Longhorn football team came in ranked No. 9 in the final AP Top 25 poll of the 2018 season — their first time in the Top 10 since 2009 (Photo by Don Bender/Horns Illustrated).

AUSTIN — Texas topped the SEC team ranked ahead of them and heavily favored to beat them — the Georgia Bulldogs — in the Allstate Sugar Bowl to give the Longhorns a lot of momentum heading into the 2019 season.

The thing it didn’t give them was a ranking better than the Bulldogs, though.

Although Texas came in at No. 9 in the final AP Top 25 poll of the season — the ‘Horns first appearance in the Top 10 since 2009 — the win somehow wasn’t enough to prove that Texas is tops over Georgia. The Bulldogs were ranked in a tie with Florida for No. 7 in the final rankings.

No matter, though, as the scoreboard told the bigger story with Texas (10-4 overall) basically routing the Bulldogs all game long until garbage time. Not to mention, Bevo running roughshod over the Georgia mascot, Uga.

Fox College Football analyst Joel Klatt released his very-early rankings of what he thought the preseason rankings would look like and he was quite bullish on the Longhorns, putting them at No. 3 to start the season behind only Clemson (1) and Alabama (2).

Texas’ Director of Recruiting, Bryan Carrington, went a step further on Twitter. A sentiment echoed by plenty of Longhorn fans as well.

Obviously, Clemson finished this season No. 1 after shellacking Alabama, which wound up No. 2, in the National Championship. Ohio State slotted in at third, with Oklahoma No. 4 and Notre Dame No. 5.

In 2018, the Longhorns had wins over No. 4 Oklahoma and No. 7 Georgia – one of just three schools with multiple wins over Top 10 teams, along with the Crimson Tide, with three such wins, and Clemson, which had two.