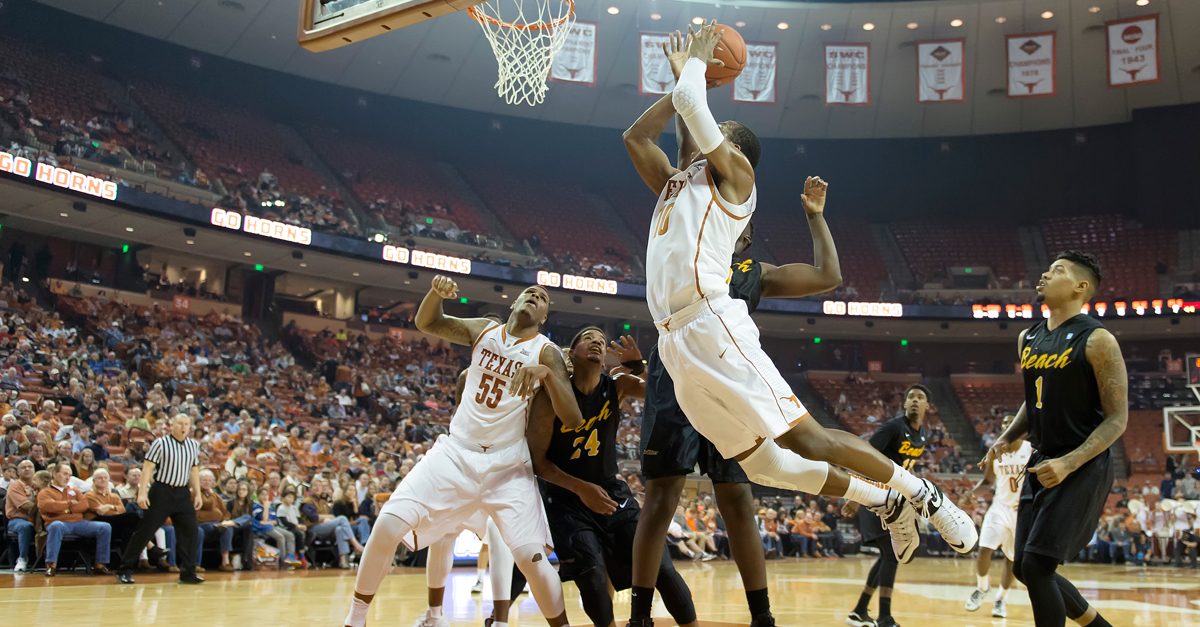 With Saturday’s regular season finale, a decisive 62-49 win over Kansas State, the Longhorns put a much-needed exclamation point on their resume to make the NCAA Tournament.

Just a couple weeks ago, with a daunting schedule remaining, it appeared only an impressive performance in the Big 12 Tournament could save the Longhorns from NIT purgatory. Two wins later, and it’s suddenly difficult to imagine the NCAA Selection Committee passing on the Longhorns.

Not only did the previous two games aid Texas’ case to make the 68, the wins secured a first-round matchup with Big 12 bottom feeder Texas Tech in the Big 12 Tournament – a game that could hold the the Longhorns' tourney fate.

It’s been an up-and-down season for Texas, who started play in November ranked in the top 10. Bookended by two four-game losing streaks, the Longhorns’ conference schedule appeared to be the cause of their unraveling – a legitimate excuse given the quality of opponents in the Big 12. However, considering the lofty preseason expectations, the season became a disappointment.

Nevertheless, the Longhorns successfully tuned out their critics, focusing on the all-important games ahead. In the end, this tuning out didn't matter, as the Longhorns' stellar play the last seven days left their critics in silence.

After losing a hard-fought road game against No. 8 Kansas to cap their second four-game losing streak, Texas’ matchup against No. 14 Baylor two nights later became a do-or-die contest. It’s amazing what a healthy dose of desperation can do. Despite the quick turnaround, the Longhorns put together one of their best defensive efforts of the season. In fact, Monday’s emotional come-from-behind win is, fittingly so, Texas’ best win this season.

It wasn’t easy, though. The two-point victory, which saw seven players ejected for leaving the bench, came in the Longhorns’ third overtime game this season (putting Texas’ OT record at 1-2). Without room to spare, the Longhorns’ most impressive win truly came in the final minutes of this season’s 11th hour.

The two wins puts Texas in a tie for sixth in the Big 12 with Kansas State and Oklahoma State. However, because Oklahoma State has a better head-to-head record against the other two teams, the Cowboys get the sixth seed and a first-round bye. This could be a blessing in disguise, as Texas faces the Big 12’s worse team, a great chance to add to their win total, while Oklahoma State has a date with their in-state rival, No. 15 Oklahoma. Texas went 0-2 against the Sooners this season, losing by a combined 23 points.

Many speculate Texas needs another win in the Big 12 Tournament to secure a spot in the big dance. If so, the Red Raiders represent the perfect matchup for the Longhorns.

The Longhorns aren’t out of the woods yet – an embarrassing loss to Texas Tech would all but dismantle their case. However, with two impressive wins in the rearview, the Longhorns should feel a little lighter in the shoulders.