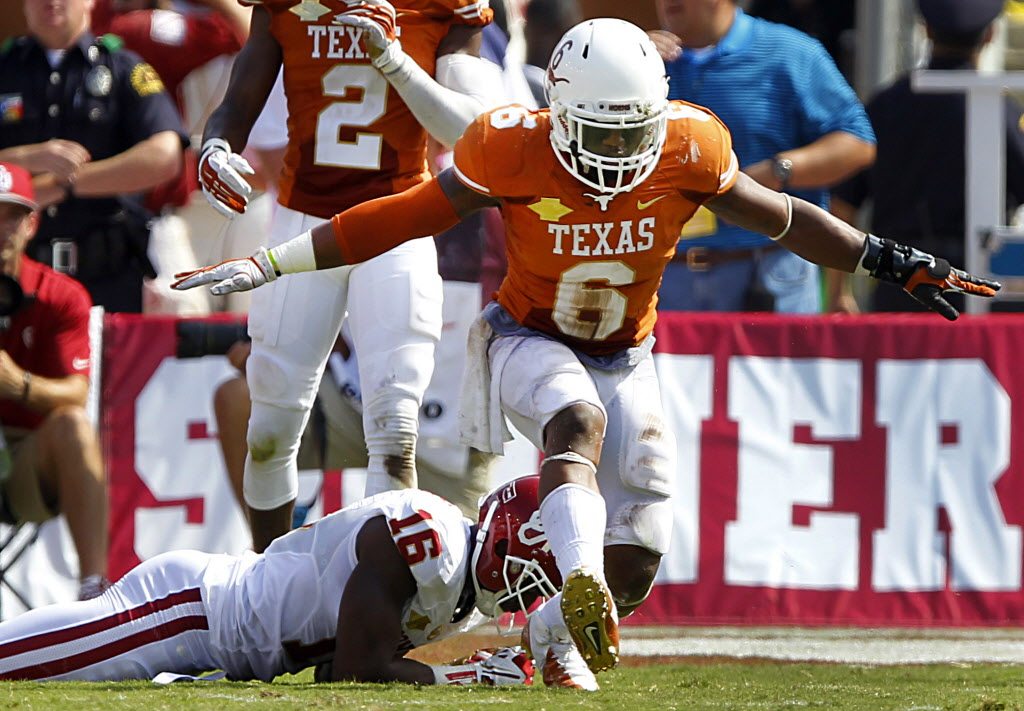 Two key members of the 2014 Texas Longhorns Football defense will be in action Saturday as linebacker Jordan Hicks and cornerback Quandre Diggs are scheduled to suit up for the North team in the Senior Bowl.

The annual all-star game, which attracts the top senior talent in the nation, will kickoff at 3 p.m. Central from Ladd-Peebles Stadium in Mobile, Alabama, and air on NFL Network.

Hicks ended his five-year career with 299 tackles, 24 tackles for loss and 5.5 sacks. He shook off a pair of injury-plagued seasons (2012-13) to record 147 tackles in 2014, a total that ranks tied for seventh on the school's single-season list. Hicks was a second-team All-America choice from both the Walter Camp Football Foundation and the Football Writers Association of America (FWAA), and a semifinalist for the Chuck Bednarik Award as the nation's best defensive player.

This is the 10th-straight year the Longhorns have a representative at the Senior Bowl. There have been multiple participants in eight of those years.

Senior Bowl practices air live on NFL Network. The South team practices at 2 p.m. on Wednesday and Thursday, followed by the North squad at 3 p.m. Hicks is wearing No. 53 and Diggs No. 26.