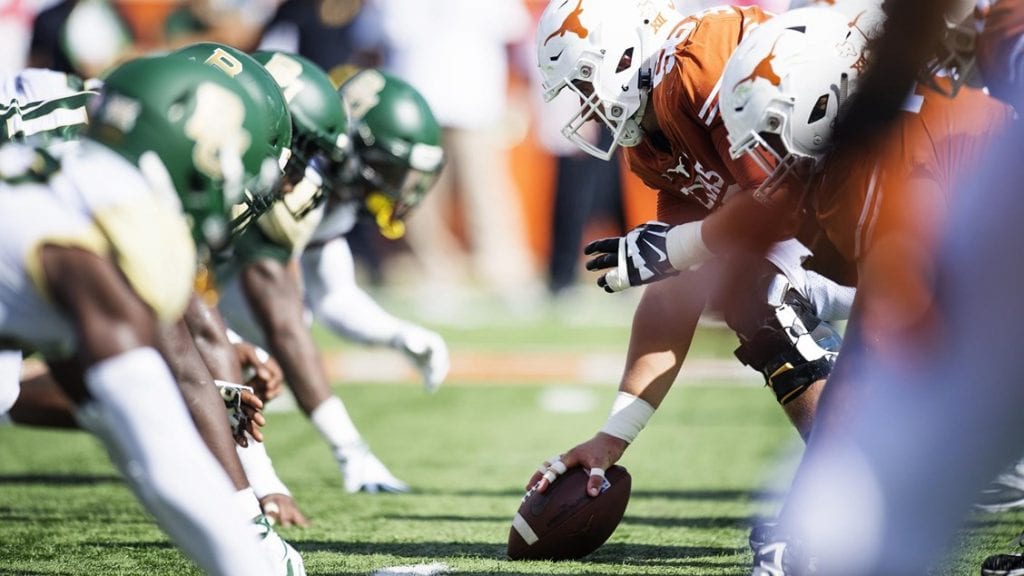 The Texas Longhorns offensive line loves imposing its will on the opposition, and earned a place on the Joe Moore Award Midseason Honor Roll (Photo courtesy of texassports.com).

The Texas Football team’s offensive line is shining this season, and now the nation is taking notice. The Horns bruisers on the O-line were honored by the Joe Moore Award this week with a place on the midseason honor roll.

With the offense getting better by the the game, the honor recognizes the impact the line has had this season under new coach Herb Hand. The Joe Moore Award recognizes the Most Outstanding Offensive Line unit in college football.

The starting unit of Patrick Vahe, Calvin Anderson, Elijah Rodriguez, Zach Shackelford and freshman Samuel Cosmi, along with the ‘sixth starter’ sophomore Derek Kerstetter, are strong because of the love they share along the line.

“Including Derek we’ve got guys in the starting five that are ready to play anytime,” said Anderson, a graduate transfer. “From what I’ve been able see, very happy with the progress we’ve made over the year. Obviously we have things to get better at and we’re never gonna be content with where we’re at.”

Related: All love along Horns' O-line