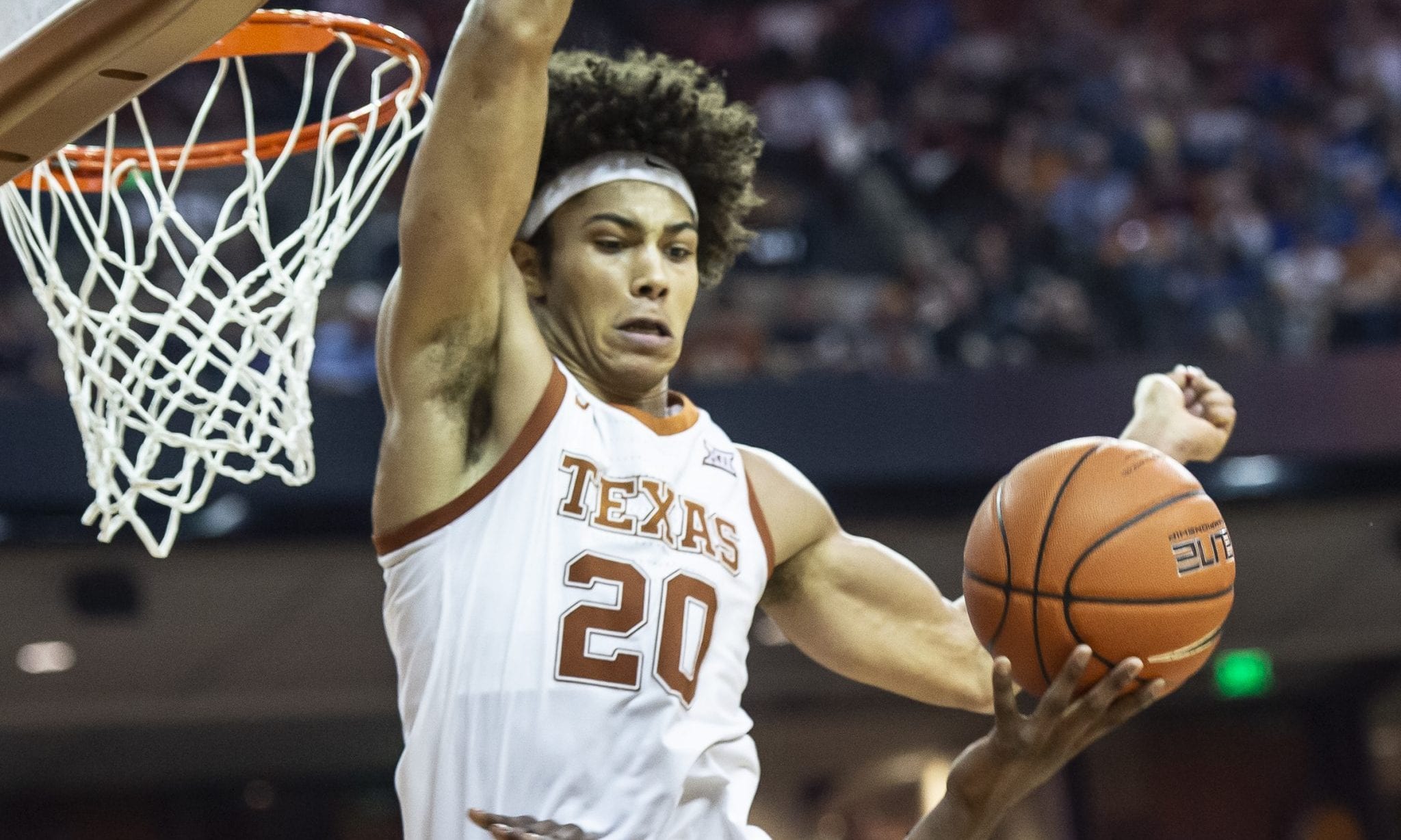 Texas men's basketball head coach Shaka Smart revealed Thursday that the Longhorns might have to play without forward Jericho Sims for the rest of the season (photo by Jose Mendez / Horns Illustrated).

AUSTIN, Texas — It’s do-or-die for Texas Saturday at Iowa State, and Longhorns coach Shaka Smart freely admitted it during his weekly meeting with the media Thursday.

“This is a swing game for us,” said Smart, who was a bit more tense during the press conference following home losses to Texas Tech and Baylor than his usual easy-going self. “It’s definitely a huge game. It’s important for us to put everything we have into it, and it’s something we talk about how it impacts us long-term.”

Smart also dropped the bomb that