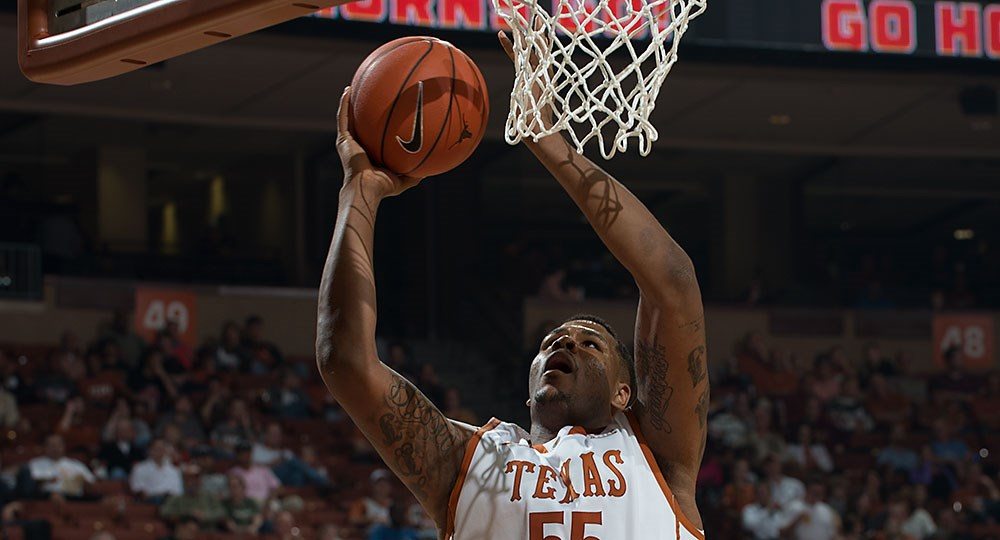 FORT WORTH, Texas – Javan Felix scored 12 of his 15 points in the second half to lead the No. 17/18 Texas Men's Basketball over the TCU Horned Frogs, 66-48, on Monday night at the Wilkerson-Greines Activity Center.

Isaiah Taylor finished with 13 points, seven rebounds and six assists, while Myles Turner added 11 points and six rebounds. Cameron Ridley chipped in 10 points (all in the first half) and three blocks.

Texas won its 10th straight game and 14th out of the last 15 meetings against TCU, including seven straight wins during the Rick Barnes era.

The Horns rushed out to an early 9-2 lead, with buckets from four different players and would never look back. Texas used another 9-2 run later in the half to build their lead to 26-14 and would not relinquish its double-digit lead for the rest of the night.

The Longhorns return to Austin to face the No. 11/14 Kansas Jayhawks on Saturday, Jan. 24. Tipoff is set for 1 p.m. Central at the Erwin Center, and the game will be broadcast nationally on CBS.

On coming back from injury…

"Like I said before, it's slowly coming back. I would listen to my teammates when I came in here on how to get the win. They really helped me get through the game and perform today. "

On rebounding against TCU…

"That was one focal point going into this game, all week. They were telling us that they were going to put all their focus on getting boards. They have size just like we do, and that is one thing we really worked on in practice. They hurt us (on the boards) a bit earlier and we just said alright guys lets get in there and gang rebound."

"It wasn't anything I did wrong it was just the flow of the game. He saw something that he liked and he saw it when I wasn't out there. It's my job to come out there and shoot the ball and be aggressive. That is what I need to do for this team."

"We actually got some turnovers and had a few things strung together. But we weren't as disciplined in our zone tonight. They got to a free throw line a bit. If they (TCU) make their free throws this is a different team, it really is. We shouldn't have been leaving our feet or giving up baseline drives. That is where we were getting the zone distorted. But Myles went through a period were he scored on three straight possessions and we stopped going to him. Overall it's not easy in this league and we had to fight through that foul trouble, but with a smaller lineup we did some good things on the offensive end."

On rebounding against TCU…

"When I think of TCU I think they are highly disciplined and the stat that doesn't show up where I think they beat us was the majority of those 50/50 balls. Where the shot clock was coming down to the end, maybe there was a long rebound and we didn't finish the possession. We should be a really good rebounding team and they make it hard. Even though we shot 48% for the game they did a great job. John Holmes had one offensive rebound, Ebeh had none, Myles had one, we should have more than that. We said that in a timeout, we have nothing going on the offensive glass."

"We think we are good in the zone. We have been better at times. At the end we were better at stretching it out and protecting that three-point line late in the game. When you do that they are going to put it inside and that is where our post-players were rush up to the free throw line too much and allowing themselves to be driven by. That is where we got to get better. We also didn't do a great job in the short corner, we are going to trap anything down across that baseline and we didn't do a good job with those traps."