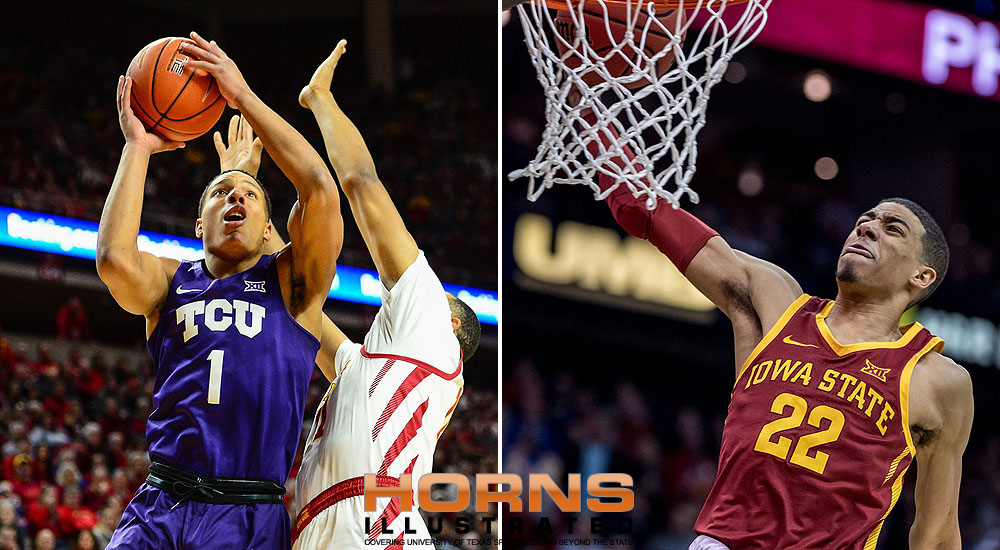 The Texas men's basketball team will contend with two of the Big 12's most prolific scorers this week in TCU's Desmond Bane and Iowa State's Tyrese Haliburton (photos courtesy of gofrogs.com and cyclones.com / graphic by Horns Illustrated).

AUSTIN, Texas — Sometimes a loss isn’t such a bad thing — especially when it comes outside of conference play and against a Southeastern Conference opponent and results in a boost of a team’s confidence

That’s the case for the Texas Longhorns heading into this upcoming week after they dropped a close contest to the LSU Tigers, 69-67, in which redshirt sophomore guard Andrew Jones tied his career high with 20 points. Sure, the Longhorns took a loss, but by the way they played and hung in the game, their confidence and morale of the team appeared to be at a much higher level, not only heading into the matchup, but throughout the game. If that