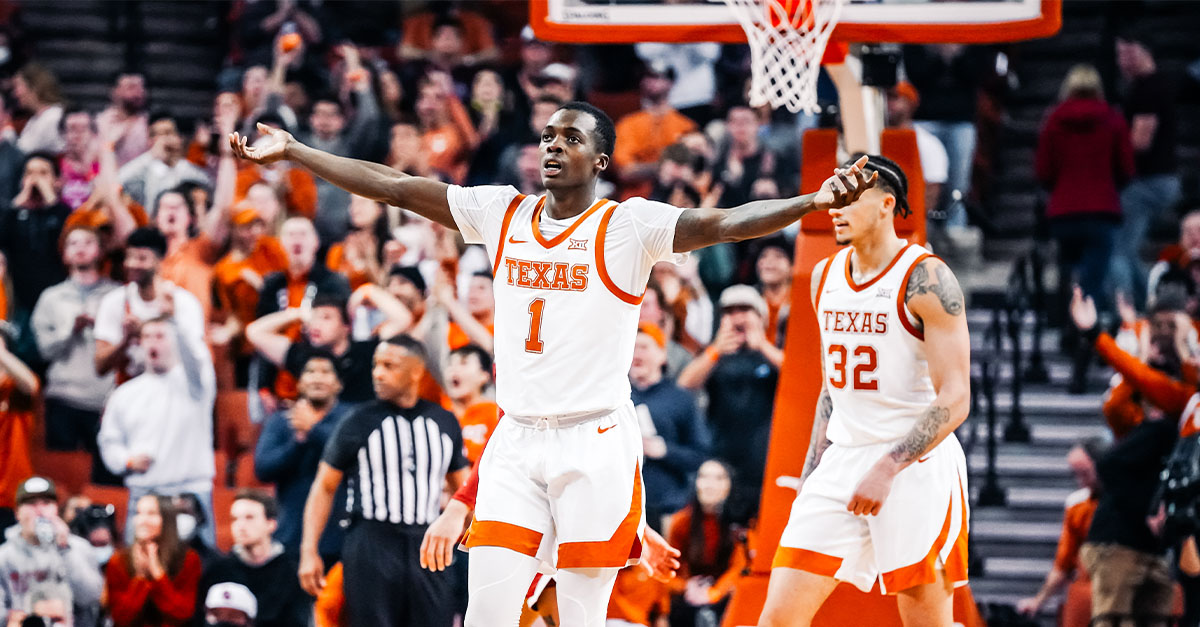 AUSTIN, Texas — In the 100th time meeting on the basketball court, No. 21/22 Texas men’s basketball demonstrated just how powerful their defense was at keeping teams from scoring by stopping Oklahoma 66-52 at the Frank Erwin Center before 13,144 fans.

Texas has the leading NCAA scoring defense allowing only 53.1 points per game on average. When Texas holds opponents to 60 points or less, they are 13-0. Texas forced OU into 17 turnovers and of which 11 were steals. OU only hit one three-pointer the entire game.

In the past 33 games between Texas and OU, Texas has won the last 22.

If they gave out MVP of the game, senior guard #1 Andrew Jones would have won it. He dominated the court with season-highs of 22 points, 7-15 field goals, 6-of-7 free throws, plus four steals, three rebounds, two assists, and a block shot. This was Jones’ 74th time to score double figures.

Coach Beard expressed gratitude to fans and students for coming out to support the team at the Frank Erwin Center. There was one fan that made such an impact, coach Beard is looking for him.