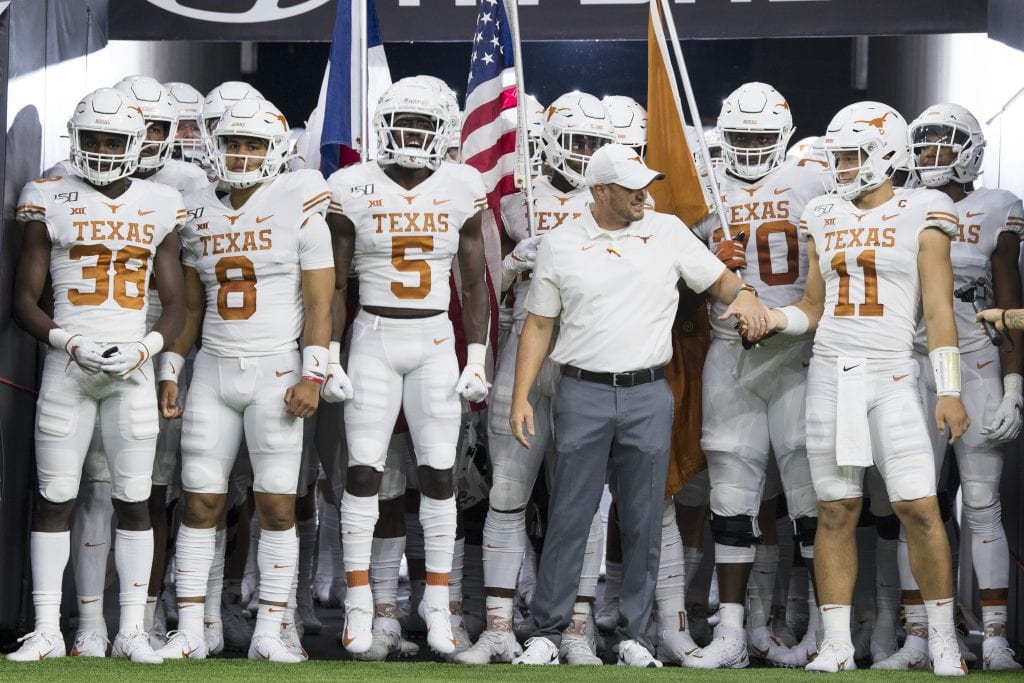 AUSTIN, Texas – The Longhorns are now onto the beefy part of their schedule — Big 12 Conference play.

Here are some notes and quotes from Texas head coach Tom Herman’s press conference in advance of the 12th-ranked Longhorns’ Big 12 opener against Oklahoma State on Saturday at Royal-Texas Memorial Stadium:

• Herman also confirmed that safeties B.J. Foster (hamstring) and DeMarvion Overshown (back infection) will be out this week.

“Our goal for both of them would be the week after the bye week,” Herman added.

• Saturday’s game marks the 34th all-time meeting between Texas and Oklahoma State. The Longhorns hold a 24-9 advantage in the all-time series, but have been edged out by Mike Gundy’s Cowboys in the last four matchups.

Gundy is 7-2 in his nine seasons against Texas. 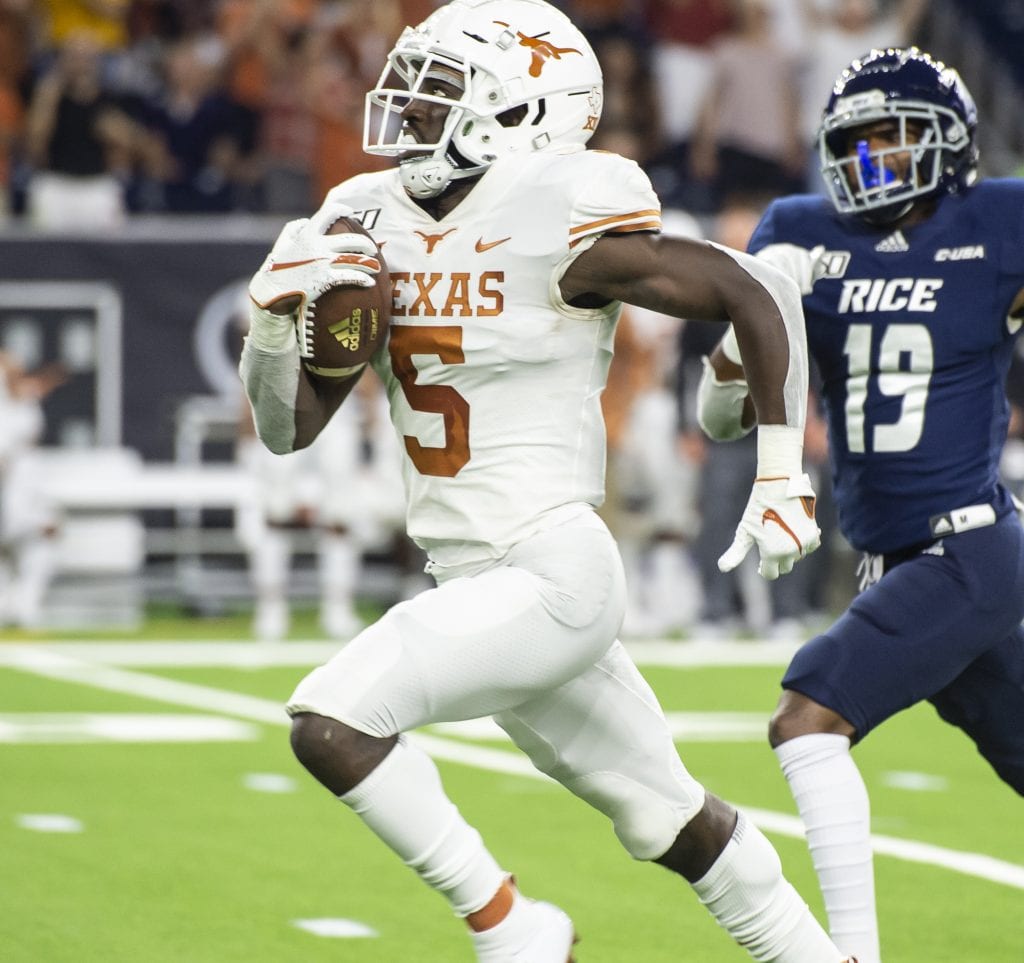 D'Shawn Jamison (5) breaks away for a touchdown (Photo by Don Bender/Horns Illustrated).

• Herman lauded his kickoff return team for “going all out” to help D’Shawn Jamison get loose for a 97-yard touchdown in the final minute last week against Rice. It was Texas’s first kickoff return for a touchdown since 2012.

“We’ve got starters that are on that team that jog out there, and they're fighting and blocking like it's the opening kickoff of the Super Bowl,” Herman said. “That's how intense they were. You don't see that a lot at many places in the country when the game is certainly decided. We could have easily told D'Shawn to fair catch it or guys could have taken the play off – just really proud of how hard they played on that play.”

• The Longhorns are 14-6 all-time against Oklahoma State when playing in Austin.

• Herman said that defensive end Ta'Quon Graham “might have had his best game at Texas”, and added that fellow defensive linemen Keondre Coburn and Malcolm Roach “continue to be disruptive.” 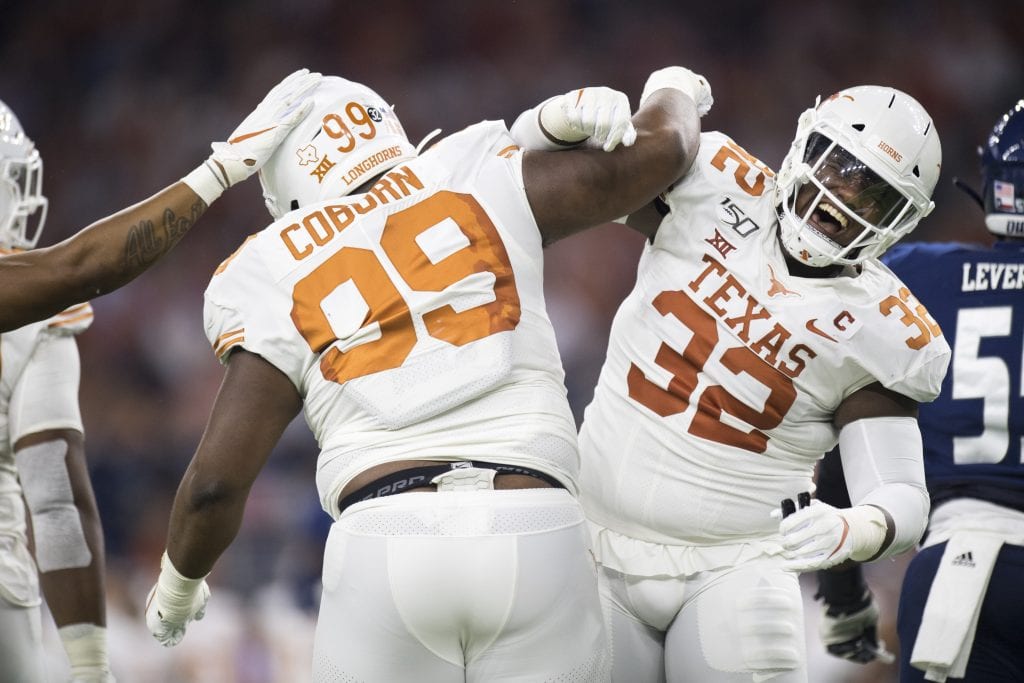 • Oklahoma State is the only Big 12 program that Texas did not beat at least once during Herman’s first two seasons as head coach on the Forty Acres.