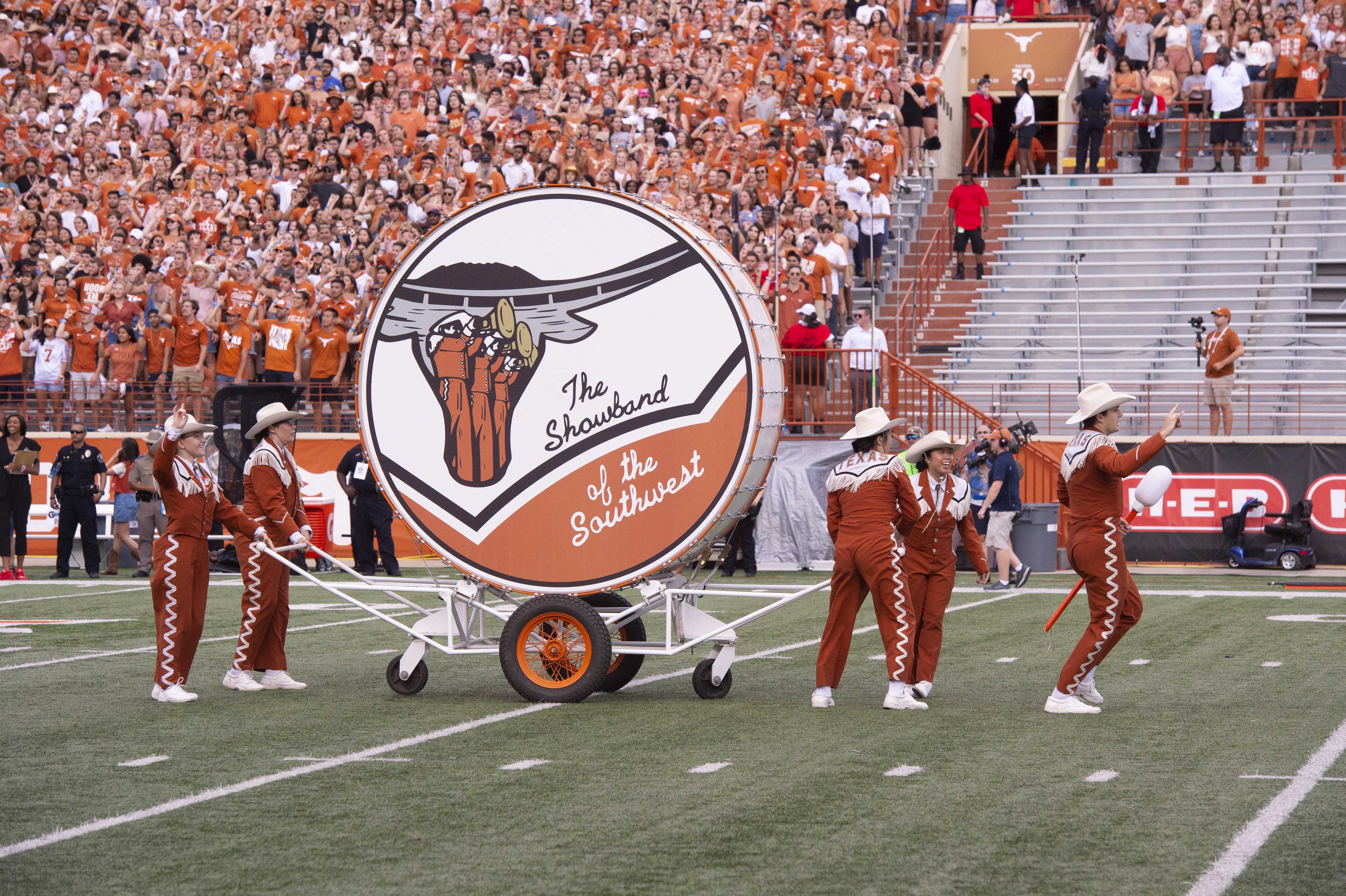 The Showband of the Southwest.

Here are a few of the players and the game strategy we’ll be watching for against the Mountaineers:

Ehlinger is the Longhorns’ leader on offense, which is averaging 497.8 yards per game and 6.7 yards per snap this season. It’ll keep rolling this week as long as he’s on his game.

“I know that our quarterback is as good as there is in the country at managing the game, getting us into good plays and out of bad plays,” Texas head coach Tom Herman said.

Ehlinger has thrown for 1,237 yards and 15 touchdowns in 2019, with just one interception. He’s coming off his best game running this year, picking up 70 yards on 10 carries in the win over Oklahoma State on Sept. 21.

Johnson has missed the past two contests with a hamstring injury and will be a game-time decision to play at West Virginia. But if he does play, expect him to be as near as possible to 100 percent.

Johnson came back to school for his senior season to up his draft position and to play one more year with his brother, Kirk Johnson (who’s also been out, for the first four games, with a shoulder injury).

But Johnson, who has seven catches for 108 yards and a touchdown, is running out of time.

Foster has also missed the past two games, also with a hamstring injury, but he’s been cleared to play and will start against West Virginia.

Foster is a playmaker, though he sometimes lets his desire to be physical get the best of him.

With Caden Sterns, Josh Thompson and Jalen Green all out because of injuries and not making the trip to Morgantown, this will be a game in which Foster can shine – and expect him to do so.

Roach has been steady for the Longhorns this year, with his 11 tackles, five of them solo, and a tackle for a loss leading the team’s defensive linemen.

But Roach has yet to have a breakout game, and we expect Texas defensive coordinator Todd Orlando to work some line stunts against the Mountaineers to try to get Roach loose for quarterback pressures and potential sacks.

Roach, and the rest of the defensive line, have been solid against the run through four games, and continuing to do so will be a key against West Virginia.

The Texas defensive front six against West Virginia’s offensive line and running backs. The Mountaineers , now under head coach Neal Brown, still employ the air-raid offensive tenents of the former regime but also would rather run the ball that throw it.

The Longhorns stymied Oklahoma State’s powerful rushing attack and have the bodies and the plan to do as well to West Virginia, in the process forcing the Mountaineers to pass to move the ball.

This will be Texas’ first true road game and the first time (and only one of two times) this regular season when it will play outside Lone Star State.

Morgantown is always a tough place to play, but the Longhorns – who will don their stormtrooper white – have usually risen to the challenge on the road, going 6-2 in true road games in Herman’s tenure on the Forty Acres.