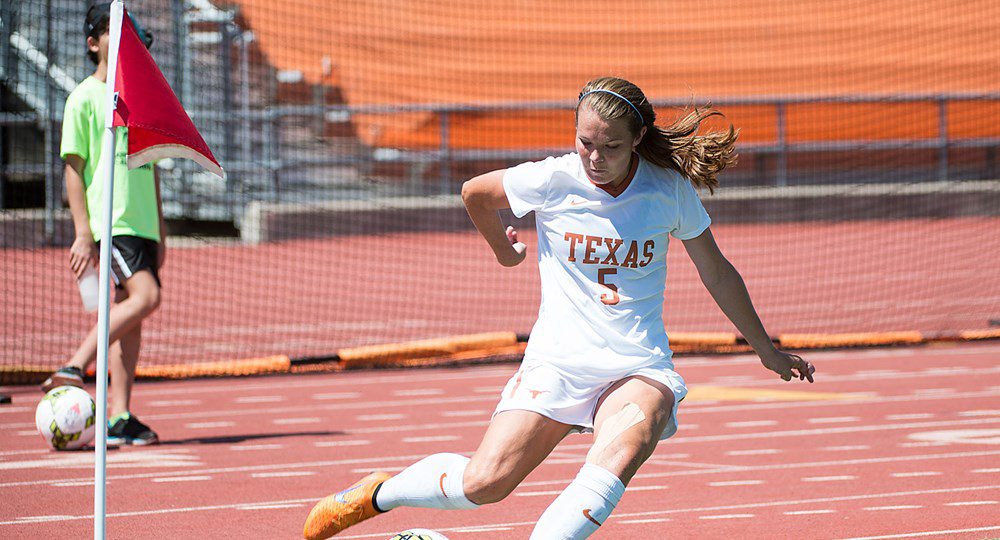 Senior midfielder Julia Dyche led the Texas soccer team's offense with four shots, but the Longhorns' 10 shots failed to produce a goal en route to a 1-0 home loss to No. 19 Cal (photo courtesy of texassports.com).

AUSTIN, Texas — Senior goalkeeper Paige Brown collected six saves, but the Cal Golden Bears had seven shots on goal, and the one that got through proved to be the difference Sunday as the Golden Bears beat the Longhorns, 1-0, at Mike A. Myers Stadium.

The Longhorns and Bears each