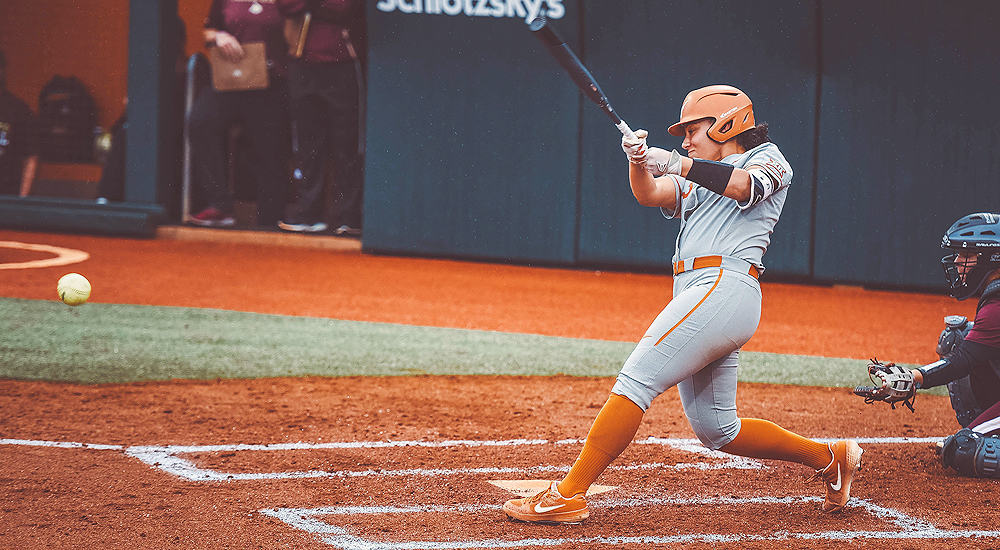 TUSCALOOSA, Ala. — There was no quit in the Texas softball team Saturday, but there was not enough time, innings and at-bats for the Longhorns to make up for their mistakes in a game in which they could afford none.

Alabama, the opponent in the deciding game of UT's sixth appearance in an NCAA Super Regional, had a lot to do with that as well, making all the plays and getting a complete-game, 150-pitch performance from freshman ace pitcher Montana Fouts to hold off Texas, 8-5, Saturday afternoon at Rhodes Stadium in Tuscaloosa.

In the process, Alabama advanced to its 12th College World Series appearance where it will play Oklahoma State in the first round of college softball’s championship tournament next week in Oklahoma City.