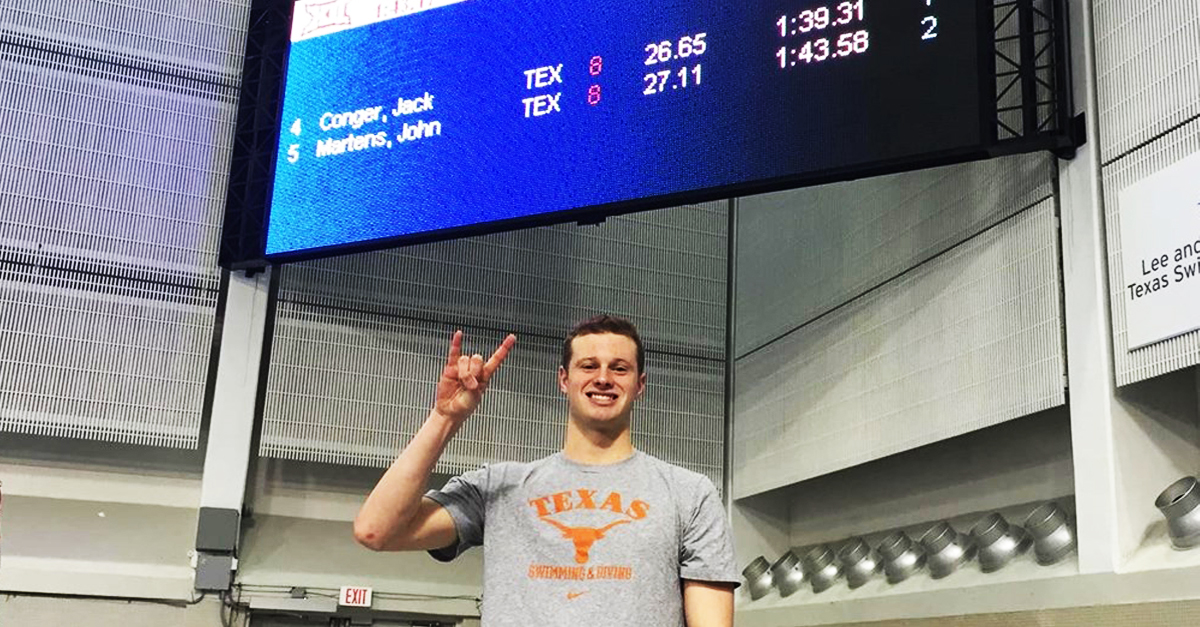 Conger (Rockville, Maryland) finished the 200 butterfly in 1 minute, 39.31 seconds and eclipsed the NCAA record of 1:39.33 set by the University of Michigan’s Dylan Bosch last March at the 2014 NCAA Championships in Austin.  The swim also beat Bosch’s U.S. Open record as the fastest 200-yard butterfly swim recorded on U.S. soil, regardless of the swimmer’s nationality.

Conger’s swim topped the event’s American record of 1:39.65 set by Michael Phelps on March 7, 2010 in Annapolis, Maryland and tied by the University of California’s Tom Shields at the 2013 NCAA Championships in Indianapolis.

Conger is the first Longhorn to set an American record while swimming collegiately since 2008 when Olympic gold medalist Dave Walters claimed the U.S. mark in the 200-yard freestyle at the Texas Invitational.

Conger and the Longhorns open night one of the Big 12 Championships Wednesday at 6 p.m. Central.  The men’s one-meter diving preliminary round opens at 4:30 p.m. before the finals commence at 6 p.m. with the women’s 200-yard medley relay.