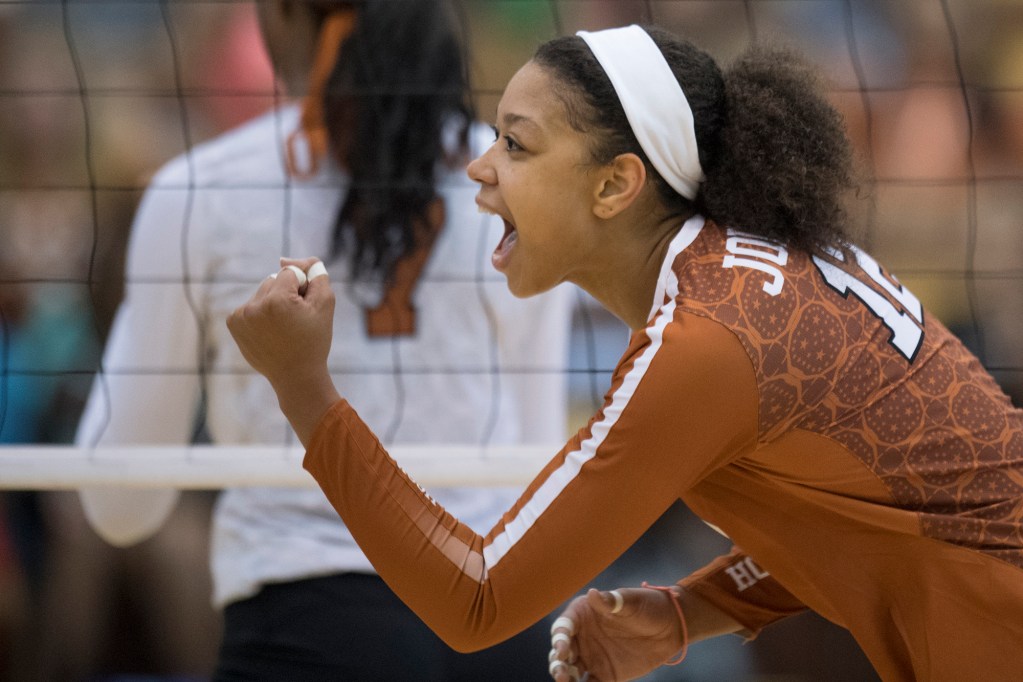 Springing into the season as if bounding sky high from a trampoline, the Texas Volleyball team soared past two Top-25 teams over the weekend to kick off the 2018 season.

The Longhorns (2-0) looked sharp from the start, enjoying the trip to Nebraska for the VERT Challenge with a chance to have a few fun moments bonding together while celebrating two terrific wins.

Step 2⃣: Take down No. 7 Florida on Saturday

Ranked No. 2 overall in the Top 25 AVCA Coaches Poll released Monday afternoon, Texas was clearly thrilled in taking the challenging match against the Gators. Though it's early, the team is already playing as if they've been doing this for months. That's exactly how they want it to look, for months to come.

What did Coach Elliott have to say after yesterday's win?

Making the Longhorns look in lock-step all over the floor, Morgan Johnson's play netted her Big 12 Defensive Player of the Week honors announced on Monday. Johnson finished with the team lead in blocks in both wins over the weekend, highlighted by a dynamite career-high 11 blocks in the narrow win over Florida.

Sophomore Ashley Shook set her teammates up for success with 47 assists in the victory, and junior Micaya White added 17 kills, 15 digs and four blocks to pace Texas.

Texas continues to play on the road at the start of the season, squaring off with another fierce foe in No. 9 Wisconsin Saturday at 7 p.m.