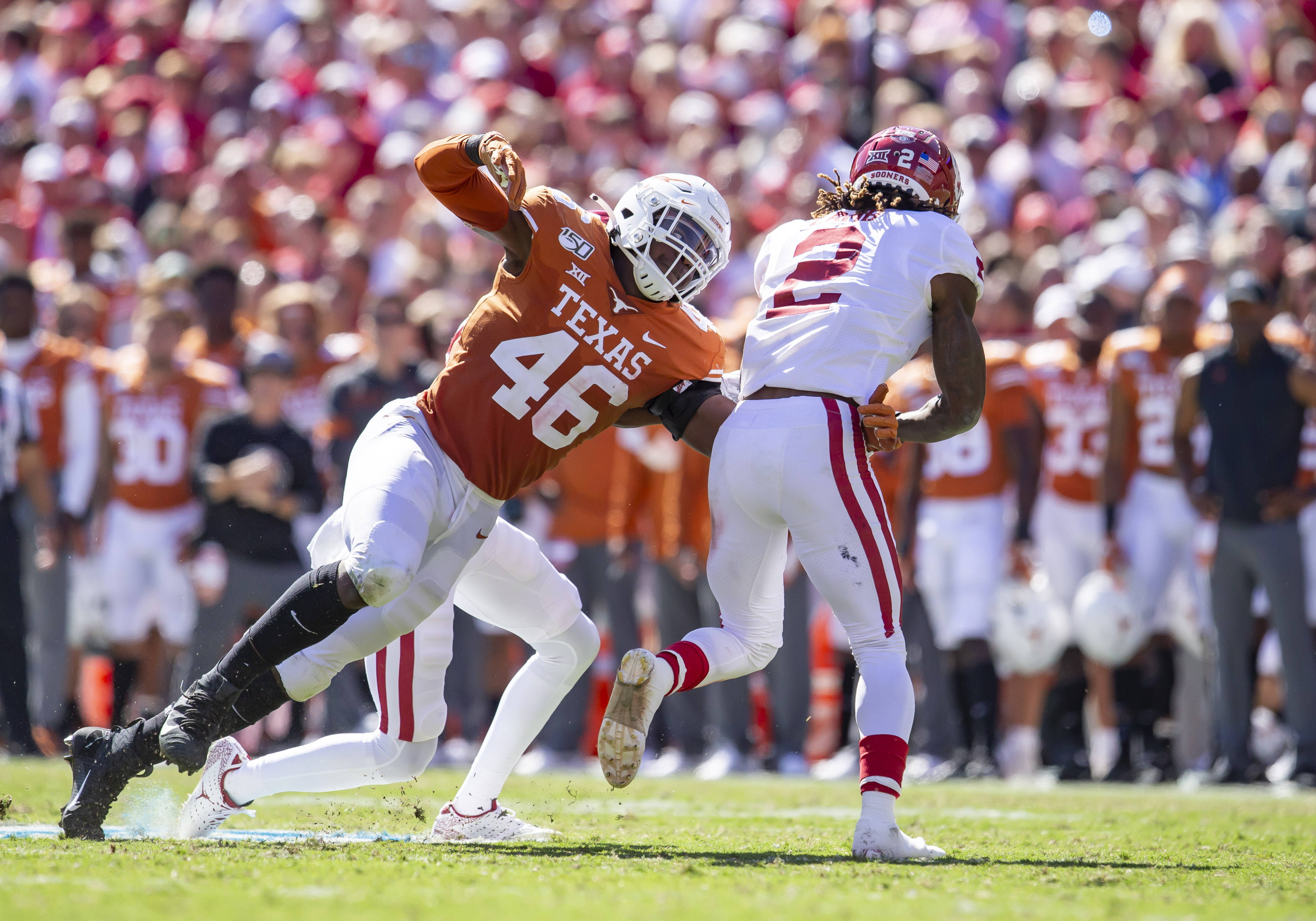 Joseph Ossai and the Texas defense will look for a dominant performance against visiting Kansas this Saturday (Photo by Don Bender/Horns Illustrated).

Missed tackles marked a big area of concern for the Texas defense in the loss to Oklahoma.

Particularly concerning was the 51-yard touchdown pass to CeeDee Lamb where at one point there were five defenders within his vicinity, yet the Sooner receiver still managed to reach the end zone.

“In situations, sometimes guys want to go for the kill shot and get the big hits,” senior defensive back Brandon Jones said. “I think sometimes people lose sight of how significant it is to get a secure tackle and get the guy on the ground. All of us need to focus on making sure we run through guys and get them on the ground.”

Sophomore linebacker Joseph Ossai said the coaches preached a return to the fundamentals of tackling during their weekly film sessions.

“We went back to the drawing board and learned from all our mistakes,” Ossai said. “I can only speak for myself in that I need to work on my technique and making sure I’m running with the plays. … Nobody wants to miss a tackle on purpose. I know those guys (on Lamb’s 51-yard TD reception) feel bad about it … I was there too, so (the coaches) spoke to me about wrapping up and making the tackle. I was going for the ball, but obviously he needed to be wrapped up and brought down. Hopefully I’ll be better at that against Kansas.”

Though a loss to Oklahoma may sting particularly hard, Texas players said it’s time to move on and focus on the rest of the season.

“We definitely have enough time to bounce back,” senior wide receiver Devin Duvernay said. “We still have everything out in front of us. … We know what we want to do — that’s win the Big 12 and we feel like we still have a chance at that. We’re just positive, learned from (the loss) and move forward and do everything we can to not lose again.” 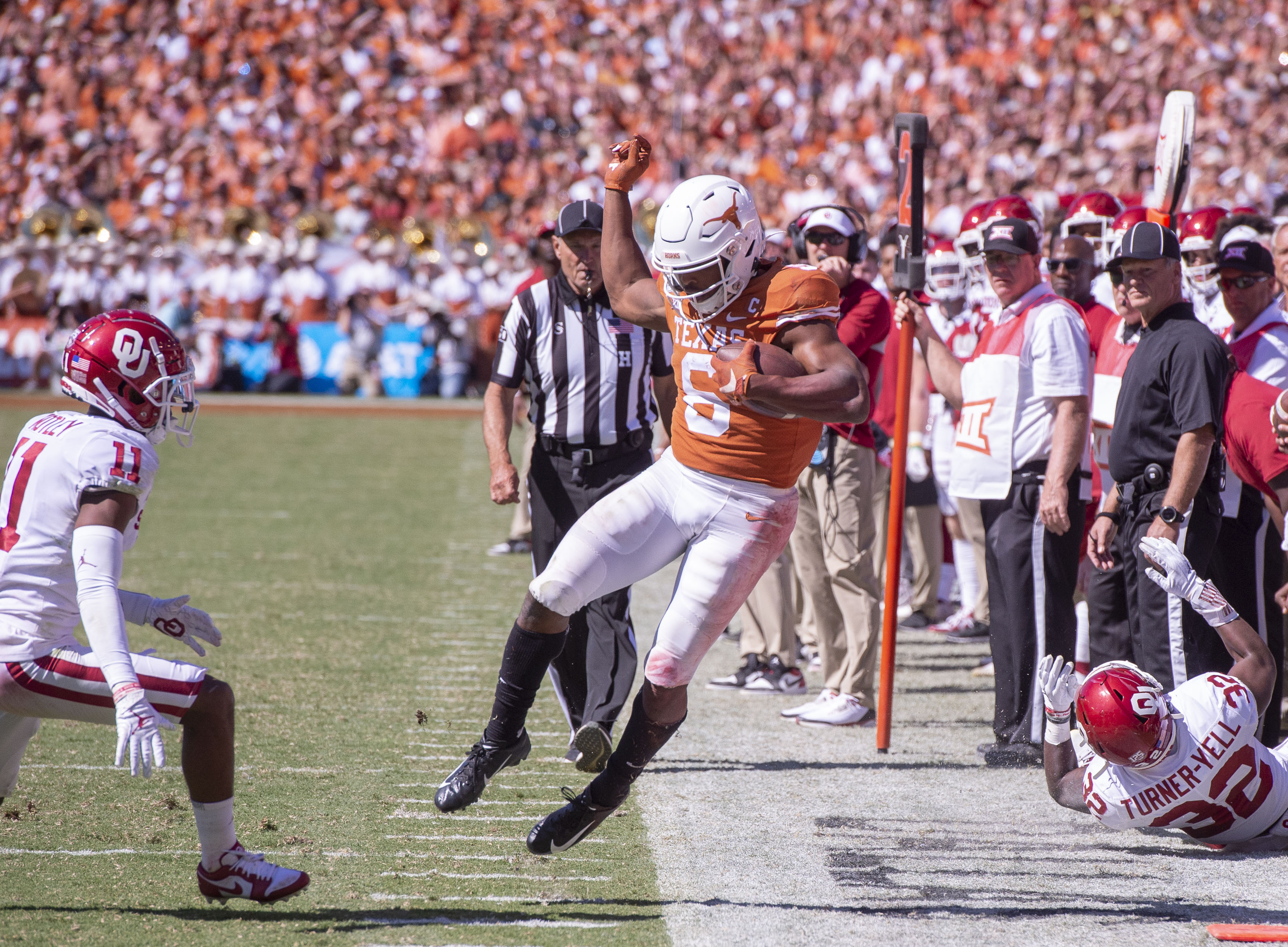 Ehlinger said he learned in high school that you can’t let the emotions of a win or loss get you too high or too low in the middle of a season.

“We have a 24-hour rule for every game,” he said. “That emotion doesn’t help us win the next week, so why would I carry it on? You never want to make emotional decisions in whatever you do in life. Any emotion, good or bad, can’t positively affect you for the next week.”

Saturday will be Dearmon’s first game as a Division I coordinator, as he came to the Jayhawks from NAIA Bethel University, where he was the head coach and had an offense that averaged 55 points per game.

Dearmon, who prior to his year at Bethel spent three years as the offensive coordinator at Division II Arkansas Tech after spending two years as an analyst at Auburn, is known to run what is commonly called an RPO offense, based on the quarterback having a run-pass option. 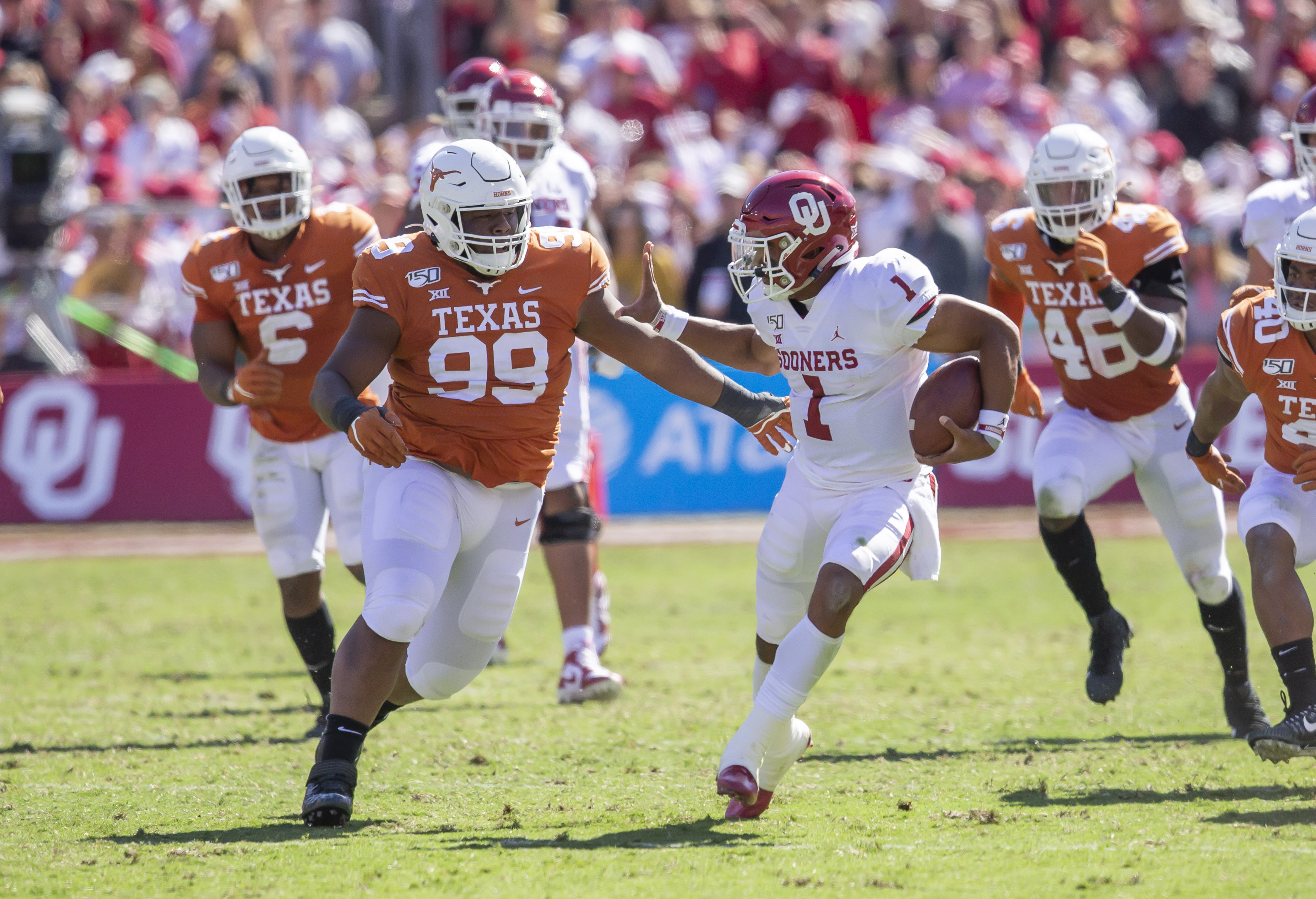 Keondre Coburn and the Texas defense will be the first team to face Kansas' new offensive coordinator on Saturday (Photo by Don Bender/Horns Illustrated).

“It’s a little hard, because watching film you don’t know what they’re going to keep and we don’t know how much they’ve been able to install since they’ve had that bye week,” Jones said. “That’s always a hard part because I’m a big tendency guy and I like to watch guys in certain tendencies, so we’ll have to watch film of the schools he was at prior to Kansas.”

Texas will focus on slowing down Jayhawks sophomore running back Pookah Williams, who broke the 100-yard mark against both Oklahoma and Boston College and as a freshman ran for more than 1,100 yards.

“That dude is amazing,” Coburn said. “You think he’s tackled for some reason, then he runs for another 20 yards. He’s one player you have to take to the ground and make sure he’s on the ground.”

The Longhorns host the Jayhawks back at DKR-Texas Memorial Stadium at 6 p.m. Saturday.