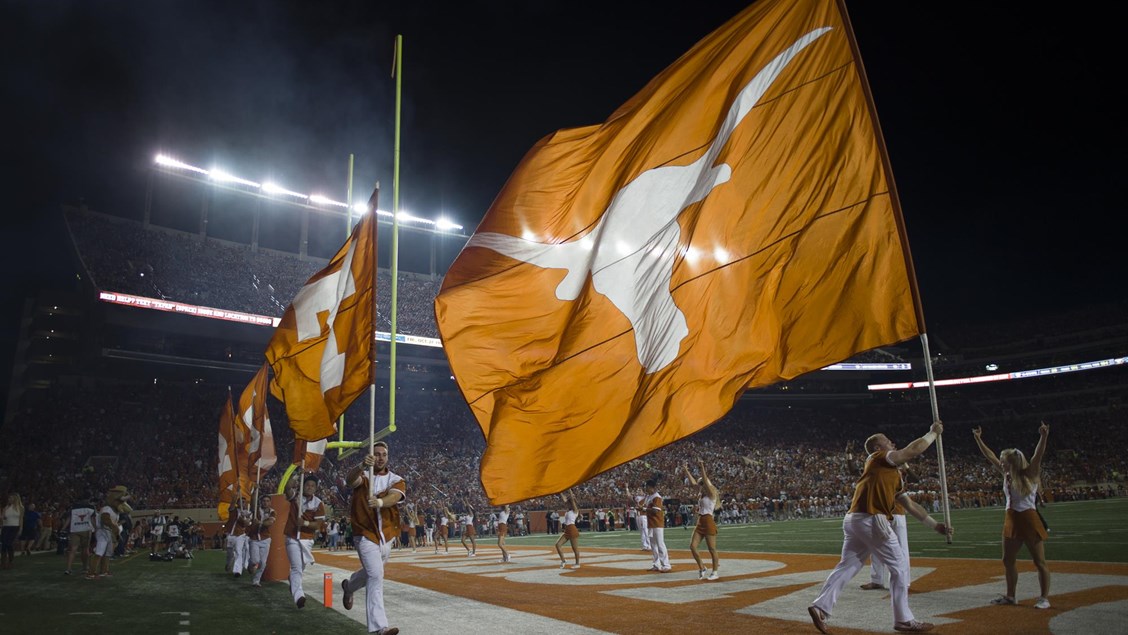 As the Texas Football team kicks off the season this Saturday in Landover, Md., all eyes will be on if the Longhorns optimistic offseason comes all the way together on the field.

A win over the University of Maryland Terrapins would mark a turnaround from last season, as well as solidify the hope the Horns and fans alike have for this year's squad.

Last year, against this same Maryland team, Texas struggled to stop the Terrapins offensive attack and lost in a 51-41 shootout that not many — if anyone outside of Landover — could say they saw coming. Especially in that fashion.

Historically, Texas leads the all time series against Maryland 3-1. Up until last seasons loss to the Terrapins, Texas had outscored Maryland 102-0 while racking up three convective wins. The Longhorns are looking to tilt things back in their favor, and hopefully in a lopsided fashion.

Texas is not only looking to avenge last year's loss to the Terrapins. With a win, Texas would secure the program's 899th victory all-time, putting them one win away from becoming the second program in College Football history to reach the 900-win plateau.

A Texas win would also mark Tom Herman's 30th victory as a head coach. Herman owns a career record of 29-10 (.744) and has led his programs to bowl games in all three seasons thus far. A win would also boost UT's record  in season openers to 104-19-3.

Lets take a look at what's ahead for the Longhorns this Saturday.

• The Longhorns play another challenging slate in 2018, squaring off against 11 of their 12 opponents from a season ago. The only new opponent will be Tulsa, a team the Longhorns have never played prior to 2018.

• Of the 64 Power Five Conference schools, just 12 (18.8%) play two Power Five opponents in the non-conference portion of the schedule. The Longhorns, who travel to Maryland and host USC, are one of those 12 schools.

• Furthermore, Texas is one of just seven schools nationally (California, Northwestern, Ohio State, USC, Purdue and West Virginia) to play a schedule with 11 Power Five opponents on it.

• The Longhorns are the only program in college football to play 11 Power Five Conference opponents in each regular season from 2015-18.

• The University of Texas begins its 126th season of football on Saturday when the Longhorns take on Maryland at FedExField in Landover, Md.


• Saturday's game against Maryland is set to be played at FedExField, home of the NFL's Washington Redskins.

• The game will mark the Longhorns' second straight game played at an NFL stadium, as they finished last season with a win in the Texas Bowl at NRG Stadium, home of the Houston Texans.

• Texas also played at the Los Angeles Memorial Coliseum against USC last season, currently serving as the temporary home of the LA Rams.

• Prior to last season, UT hadn't played in an NFL Stadium since playing Arkansas in the 2014 Texas Bowl.