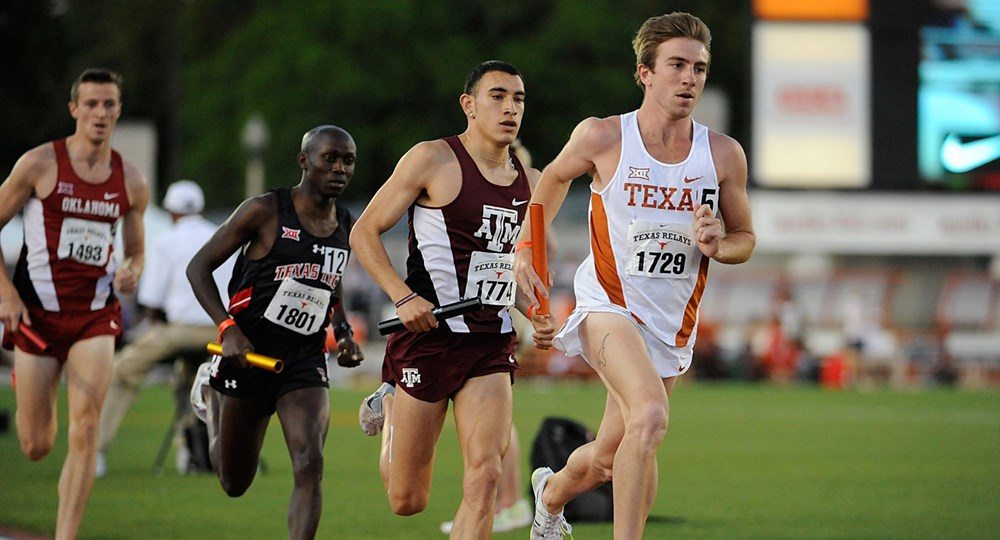 PALO ALTO, Calif. – Late Friday night at the Stanford Invitational the Texas Track & Field team had a stellar showing from its distance runners in what has become one of the top outdoor meets in the nation every year for the distance events.

Texas saw runners post a total of seven marks that rank among the top 10 in school history.

Craig Lutz moved his way up to No. 2 in Texas history in the men's 10,000 meters. He crossed the line in 28:33.48 to finish seventh in the top section of the meet. In a field loaded with All-Americans and a handful of professionals, Lutz was the No. 3 collegiate in the race.

Sandie Raines impressed for the women's squad in section one of the 5,000 meters. She finished in 15:48.04 to rank as the No. 3 Longhorn in school history. She finished 14th in the top section also with professional runners. Post-collegiate runners outnumbered the collegians in her section to make it one of the more talented fields of the night.

The 10,000 was a strong event for the women as well. Senior Megan Siebert cut more than two minutes off her personal best time and finished 22nd in section one. She crossed the line in 33:37.88 to rank No. 3 in school history.

The Longhorn men were impressive in the 10k. In addition to Lutz, a trio of Texas men ran fast times in section two to show the depth of the team.

"The men and women all raced really well at Stanford," said Assistant Coach Brad Herbster. "But the race that really made Texas stand out was the 10k with four guys under 29:20 and Lutz just missing an automatic qualifying standard for USA's. Craig and I felt he had a shot to break the school record tonight but the race went too slow in the first 5k. We look forward to having a couple of weeks to train and prep for Penn Relays and the championship part of the season."

The pair of Zach Hamstra and Nate Moore also ran hard in the men's 3,000 meter steeplechase. Hamstra finished seventh in 8:58.16 to crack the nine-minute mark, and Moore finished right behind him in 9:00.14.

The Longhorns return home next week for a home meet against a number of teams from within the state and a handful of others. The Texas Invitational will be a team scored meet at Mike A. Myers Stadium on April 11. Action begins at 10 a.m. with field events and running events start at 2:30 p.m. Admission is free.