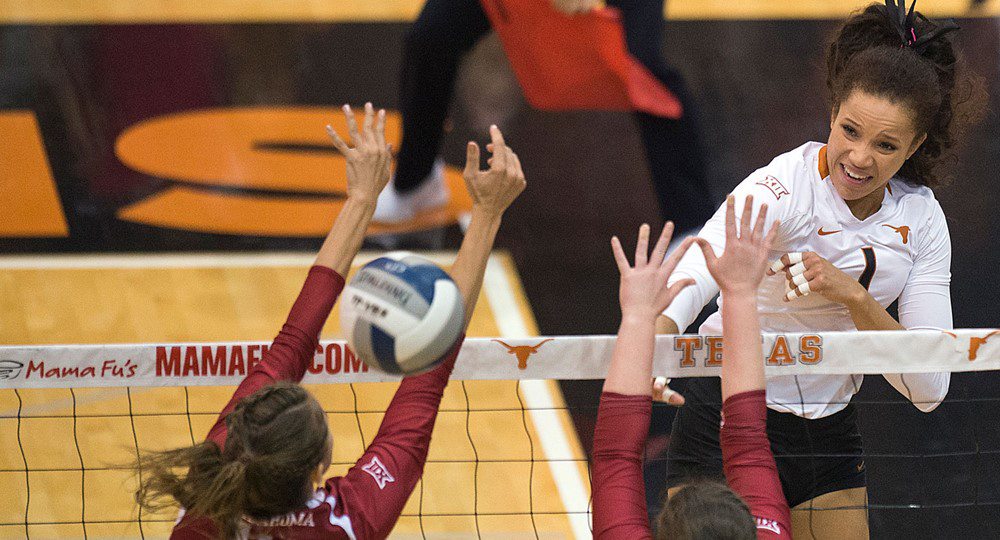 Freshman outside hitter Micaya White had 24 kills to help lead the University of Texas volleyball team to a five-set victory over BYU Friday, setting up a showdown Saturday against Creighton in the NCAA quarterfinals (photo courtesy of texassports.com).

AUSTIN, Texas — Sometimes, you've got to just win a point or make a play when it counts to most.

As simplistic as that notion sounds, the University of Texas volleyball team's ability to come through in the clutch was the difference — and the tiniest of differences, at that — in the fourth-ranked Longhorns’ 25-23, 25-14, 24-26, 22-25, 16-14 win Friday over 13th-seeded BYU in the NCAA Austin Regional semifinal inside venerable Gregory Gym.

The Longhorns had this match won, then looked as if they gave it away before finding the combination of “emotional intelligence” and belief in itself to roar past the unrelenting Cougars and earn a berth in the Regional final.

Texas won the first two sets. The first one went back and forth while the second was a near-walkover for UT, before the Cougars answered by winning the third and fourth sets. With momentum clearly on its side, BYU set the pace in the deciding fifth set, winning the first five points, the final two of which came on service aces byMary Lake.

The Cougars led, 12-7, to get within three points of winning  the match, before the Longhorns