The victory improved the No. 20 Longhorns' record to 6-1 overall and 1-0 against Big 12 opponents, while the Wildcats fell to 5-4 overall and 0-2 in conference games.

"I'm just so proud of my team. They're my kind of team, my kind of kids," Texas head coach Vic Schaefer said following the win. "They showed so much grit [and] toughness tonight coming on the road."

Forward Charli Collier put the team on her back, scoring a team-high 27 points, her sixth double-digit scoring performance of the season. Behind Collier's strong shooting day, both from the field (she shot 9-of-18 from the floor) and at the free throw line (9-of-11), Texas passed its first test of what looks to be a challenging conference slate.

"We had to have her tonight," Schaefer said of Collier. "She had to answer for us tonight. I told her today, 'Great players play great in the big games.' I thought she passed the ball tonight early — that's the unselfishness that she showed tonight. I think that's what great players do: they allow you to play to them, not just through them."

The second quarter was the one in which the Longhorns pulled away from the Wildcats, outscoring their opponents, 21-9, and taking a 33-21 lead into halftime. Though the contest was tight from the tip-off — the game included four lead changes, and the score was tied four times — Texas played the kind of defense Schaefer expects every game, forcing 11 turnovers in the second quarter alone; KSU turned the ball over 34 times, twice as many as the Longhorns gave up. The Horns did not shoot tremendously well, just 44 percent in the quarter, but the defense was the difference between pulling away for the win or heading into the half with the game hanging in the imbalance.

"I thought tonight, we were special," Schaefer said. "We forced 34 turnovers in a Big 12 game. That's an astronomical number. They didn't give them to us — we caused them. I'm seeing how hard we're playing." 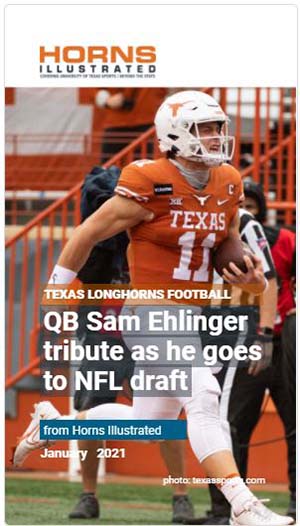 Though Texas had a lead for the majority of the second half, building off the second quarter momentum to power a 16-6 scoring run to open the third quarter, the Wildcats never abandoned the fight. A 10-0 K-State run midway through the third trimmed the margin to just five points at the 5:54 mark.

"When we got knocked back on our heels a little bit," Schaefer said, "we didn't flinch."

More than improving confidence, or picking up a crucial conference victory, Schaefer said he believes Monday's win was another step toward strong team chemistry.

"Our team is coming together," he said. "We're nowhere close to being finished, but we're getting better, and I think that's what our team sees."

The Longhorns certainly are getting better, and it has been reflected in the recent rankings by the Associated Press. Texas has moved up in each of the last four weeks to reach this week's No. 20 ranking. However, Schaefer said his goals for his squad this season are far higher than simply cracking the top 20.

"I put on the board we're now living in the top 20," Schaefer said. "That 12-to-25 [range] is real fluid. That's kind of the 'rent' district. Those top 10 people are playing mortgages. I told [the players], 'Once I get in, I'm used to paying mortgages'. We paid the mortgage tonight to live in the top 20 for another week.

"I'm not paying any rent. I want them to embrace it, own it, and keep living it everyday. Practice it, play it everyday." 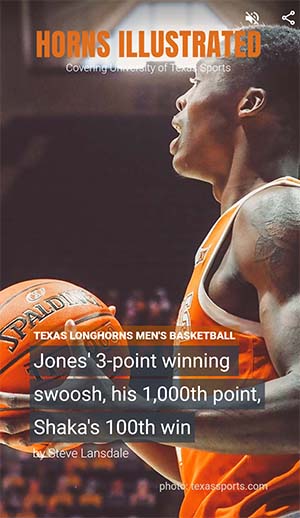