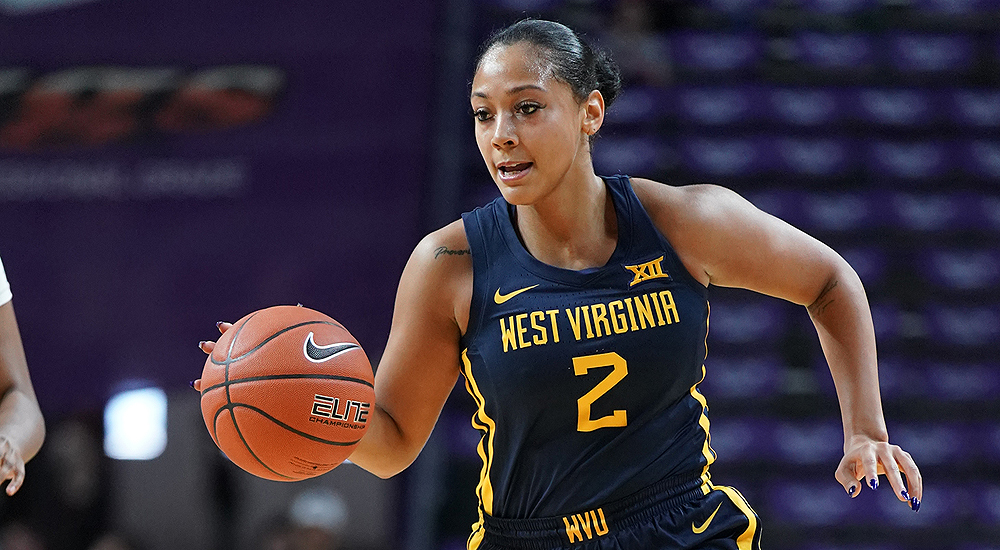 Guard Kysre Gondrezick, who has averaged a team-high 15.3 points per game this season, leads the No. 6-seeded West Virginia Mountaineers against the No. 3 seeded Texas women's basketball team in the first round of the Phillips 66 Big 12 Championship (photo courtesy of wvusports.com).

AUSTIN, Texas — With the regular season all wrapped up after Sunday’s home win over Oklahoma State, the Texas women’s basketball now sets its sights on the postseason, starting with the Phillips 66 Big 12 Championship, which looms ahead in the next week.

Journeying north to Kansas City, where the Big 12 men’s tournament also will be held, the Big 12 women’s basketball tournament kicks off Thursday with the first round games. The No. 3-seeded Longhorns will get their first chance to show off their talent at 7:30 p.m. Friday night at the Municipal Auditorium, when they take on No. 6 seed West Virginia in a game that will be broadcast nationally on FSN.

The Mountaineers have not had