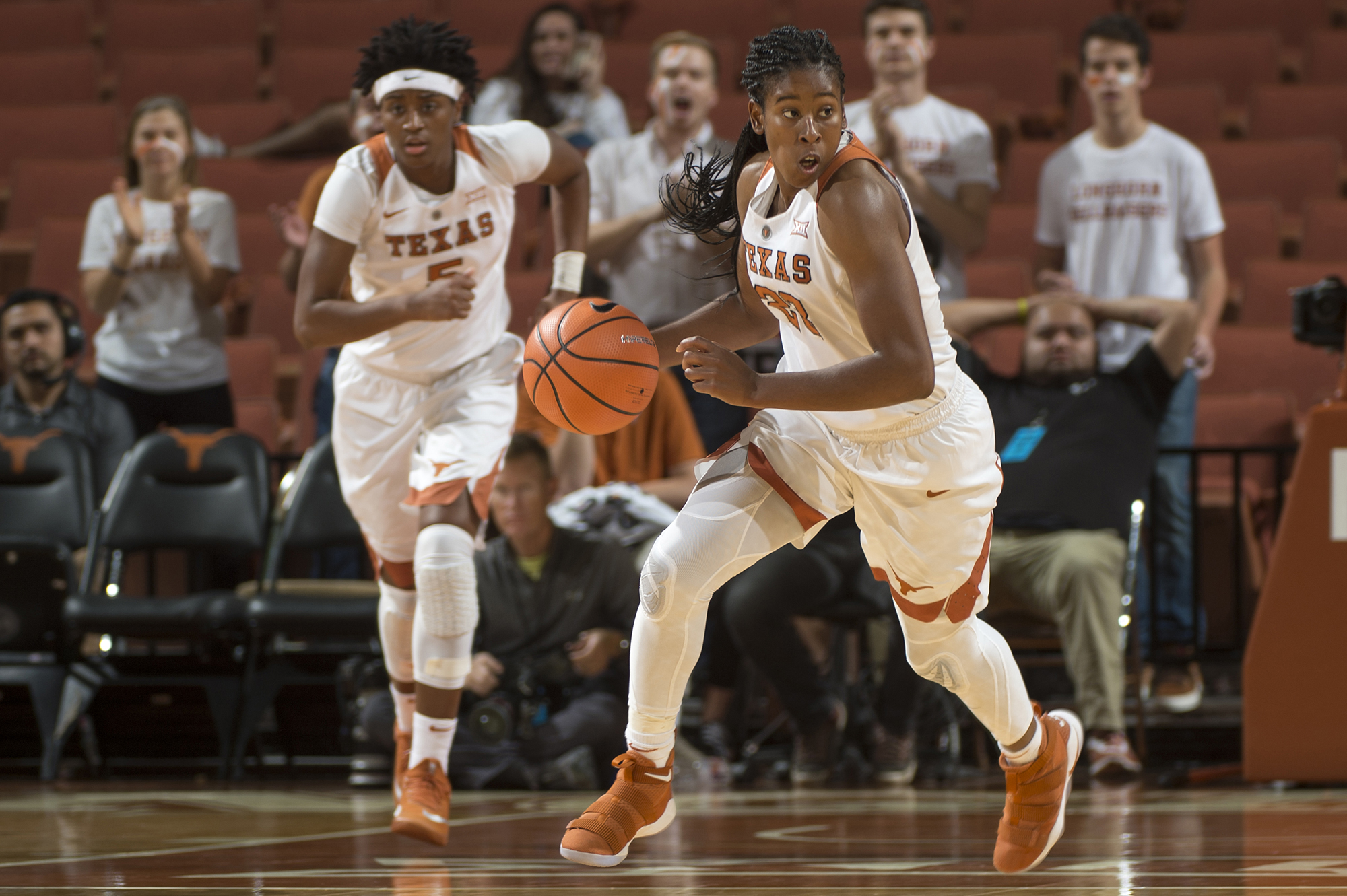 Senior guard Ariel Atkins scored 13 points and led the Texas women's basketball team with seven rebounds and three steals to help lead the Longhorns to a 68-44 victory over Northwestern State Wednesday at the Frank Erwin Center (photo courtesy of texassports.com).

AUSTIN, Texas — A few days removed from its first loss of the season, to No. 11 Tennessee, the No. 8 Texas women’s basketball team returned to the friendly confines of the Erwin Center and took care of business against Northwestern State by beating the Lady Demons, 68-44.

“I definitely think that our team has a bit of a hangover from the Sunday loss,” head coach Karen Aston said. “We did not have as much energy level as we’re going to have to have as we move forward on Sunday, and then obviously into conference play.”