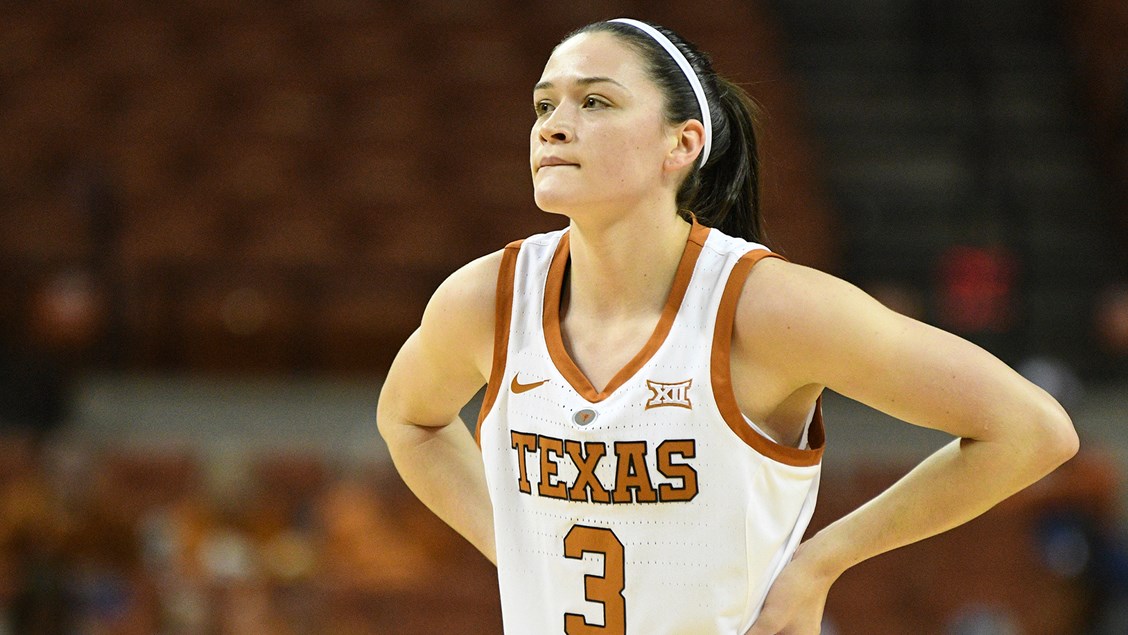 Guard Danni Williams led the Texas women's basketball team with 15 points in what turned out to be her last collegiate game, as UT lost to Indiana, 69-65, in the first round of the NCAA Tournament (photo courtesy of texassports.com).

EUGENE, Ore. — Through the first two quarters of their game in the first round of the NCAA Tournament, the No. 23 Texas women’s basketball team enjoyed a 37-29 lead over Indiana.

But games don’t end at halftime, and the Hoosiers came out hot in the third quarter, outscored Texas, 23-12, to take a 52-49 lead and never looked back in a 69-65 victory over UT at Matthew Knight Arena in Eugene, Oregon.

“First of all, congratulations to Indiana,” Texas head coach Karen Aston said. “I thought they had a terrific team, coming in, and I knew this was going to be a challenge for our team. The way we played tonight was kind of a reflection of how our year has been — we played really, really good in spurts, and then we have spurts where we just don’t play very well, or don’t execute as well as we need to.”

Aston said she thought the difference in the game came in the third quarter, when IU nearly doubled Texas on the scoreboard and took the lead.

“I thought we had — I don’t want to say control of the game, by any means, because it was halftime — but I thought we had ourselves established,” Aston said after the game, “and then, we just didn’t … I thought they just really went at us in the third quarter.”

Guard Danni Williams led the Longhorns with 15 points, hitting five of 11 shots, including two of six from behind the three-point line. Center Jatarie White scored 13 points, while forward Joyner Holmes posted her fourth double-double of the season and 13th in her career, with 12 points and 12 rebounds.

One of the stranger stats was on the boards; Aston and her staff regularly preach the importance of winning the rebounding battle, and the Longhorns did just that, by a decisive 46-25 margin. But despite the lopsided rebounding advantage, Texas only edged Indiana, 6-2, on fast-break points.

The Hoosiers were led by a game-high 24 points from Jaelynn Penn.

“Penn was really, really good,” Aston said. “We tried several people on her, but she was a matchup problem for us tonight.”

Penn was a big challenge, to be sure, but according to Aston, it was the Hoosiers’ surge in the third quarter that decided the game and ended the Longhorns’ season.

“We didn’t do a great job with them in the second half,” Aston said. “I thought the difference in the game was the way they came out in the third quarter, really looking to drive the ball, which we knew they were going to do, and we just didn’t … we didn’t handle that very well, and let them back in the game, and I thought they were a little tougher than we were down the stretch.”

The game was the last as a Longhorn for White, Williams and Olamide Aborowa.