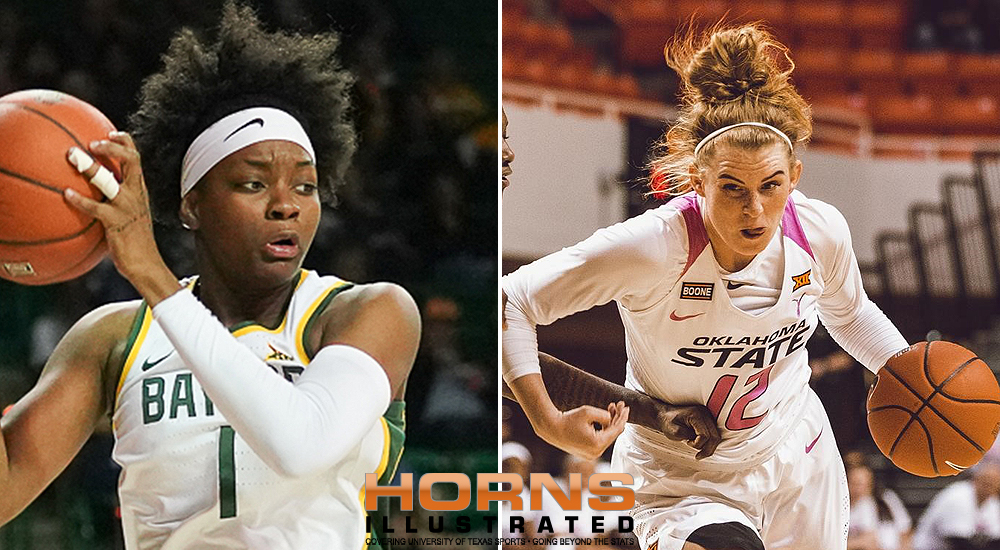 The Texas women's basketball team will face the Big 12's best offensive team in Waco against NaLyssa Smith and the No. 2 Baylor Bears, and then welcome one of the conference's stingiest defenses when Vivian Gray and the Oklahoma State Cowgirls come to Austin for the regular-season finale (photos courtesy of baylorbears.com and okstate.com / graphic by Horns Illustrated).

AUSTIN, Texas — The Texas women’s basketball has hit a stride at just the right point of the season, as was reflected in this past week in which the Longhorns went on the road and defeated the Big 12’s second-place team, TCU, followed by a key home win over Oklahoma at home Saturday night. Texas head coach Karen Aston said she has been particularly impressed with how physical her team has been getting recently, especially against the Sooners — something that will be important in the final two regular season games this week.

“I thought it was a really good win for our team considering how physical the game was,” Aston said after Saturday’s victory. “I thought we were ready to play when the game started and we made adjustments as the game went along as to what they were giving us.”