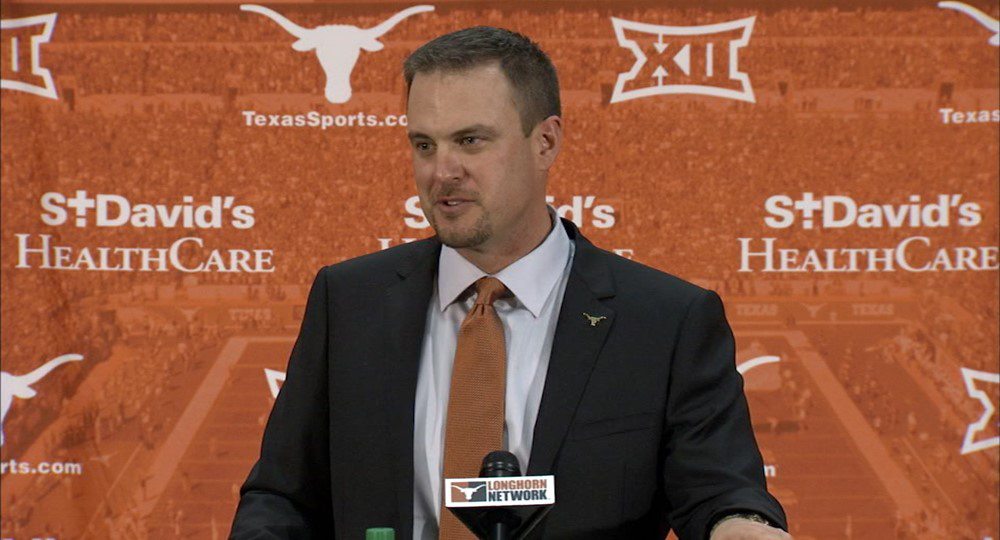 Tom Herman met the media Sunday for the first time since being named the 30th head coach in the history of the University of Texas football program (photo courtesy of texassports.com).

AUSTIN, Texas — The Longhorns got their man.

Tom Herman, the 30th football head coach in University of Texas history, met the media Sunday for the first time in his new role. He briefly thanked his former employer, the University of Houston, before declaring that by moving to Austin, he and his family “are home, and I can’t wait to get started.”

“The University of Texas is a place, a special place, that deservedly holds a seat among college football elite,” Herman said. “We will win championships. We will build men of character. We will graduate our players, and we will do it all with integrity and with class. As we do it all together, this is not about one coach. This is not about one season or one team. This is about honoring all of those who have worn the burnt orange and white and who support this great university.”