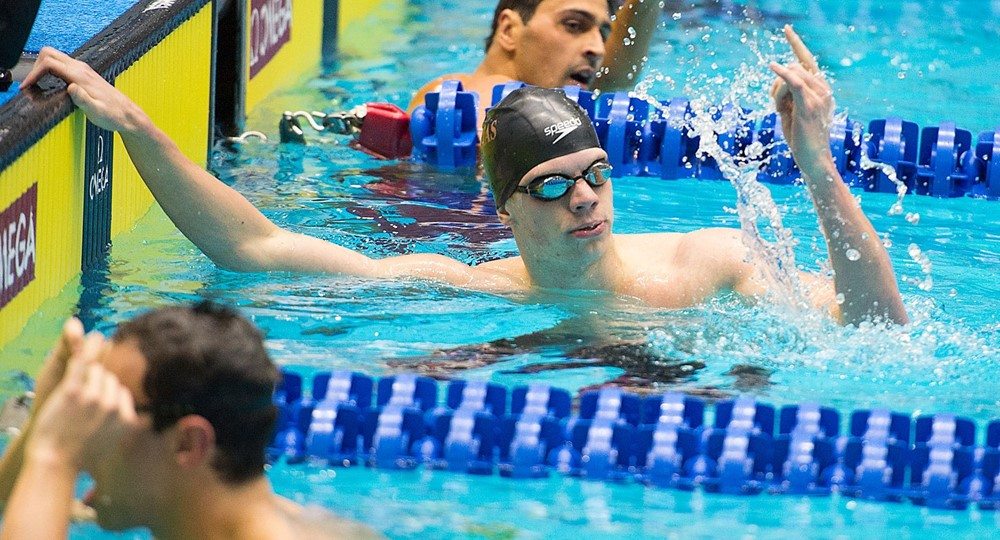 Team USA won gold in the 4x100-meter medley relay, and Haas earned his medal by competing in the event's preliminary round. He helped the Americans post the top qualifying mark of 3:29.66 in the preliminary round with his meet-best anchor split of 47.24 seconds.

Matt Grevers, Kevin Cordes, Caeleb Dressel and Nathan Adrian won gold for themselves and the U.S. preliminary-round swimmers with their mark of 3:27.91 in the final. Great Britain won silver in 3:28.95 while Russia rounded out the awards podium in 3:29.76.

Haas adds another gold medal to go with his performances in the 4x100 freestyle relay and the 4x100 mixed freestyle relay. The U.S. Olympian has been a force on relays at the collegiate and international levels since his arrival at Texas two years ago.