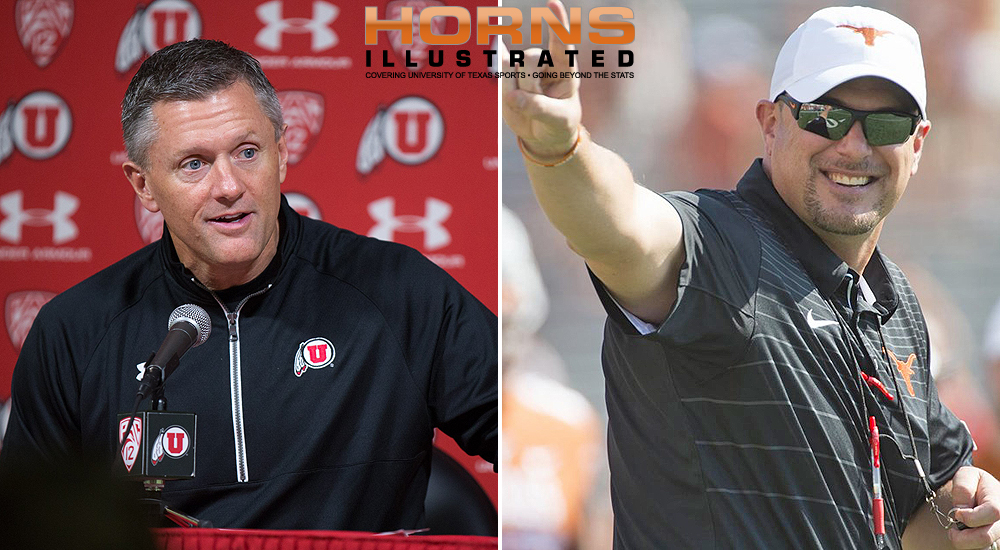 Head coaches Kyle Whittingham (left) and Tom Herman will lead the Utah Utes and Texas Longhorns, respectively, in the Valero Alamo Bowl, which will be just the second meeting between the programs and the first in 37 years (photos courtesy of utahutes.com and texassports.com / graphic by Horns Illustrated).

AUSTIN, Texas — “Don’t look a gift horse in the mouth.”

This is the saying that the Texas football team should have posted in its expansive and ornate locker room over the next three weeks as it prepares to play No. 11 Utah, the Pac-12 runner-up, in the Valero Alamo Bowl New Year’s Eve in San Antonio.

The bid to play in the Alamo Bowl usually is