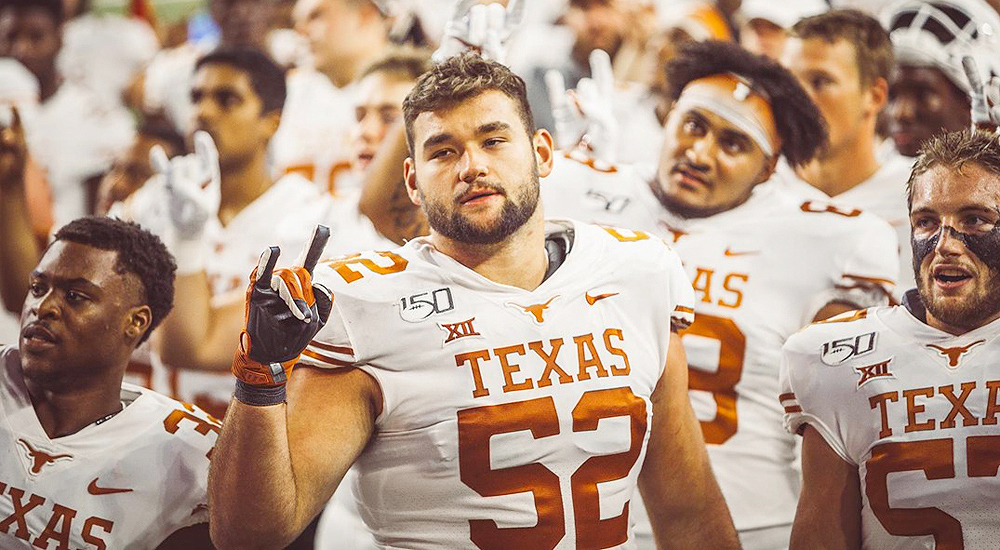 AUSTIN, Texas — Junior offensive tackle Samuel Cosmi was one of the nation’s premier blockers in 2019 … and it’s clear that fans and opponents were not the only ones who noticed.

Cosmi started all 13 games at left tackle last season, where he protected the blind side of quarterback Sam Ehlinger, who accumulated 4,326 yards of total offense (the second-highest total in program history) and 39 touchdowns (the program’s third-highest single-season total. He also anchored a line that was named to the Joe Moore Award Midseason Honor Roll and helped Ehlinger and running backs Keaontay Ingram and Roshon Johnson each rush for more than 600 yards, giving UT the only trio who each rushed for 600 or more yards last season.

The prolific 2019 ground gamed  piled up 231 yards — good for an average of 6.2 yards per carry — against a Utah defense that was nation’s stingiest against the run. UT became just the second team all season to rush for more than 115 yards against the Utes all season.

Cosmi was named second-team All-Big 12 last year and was an honorable mention selection for the Big 12 Offensive Lineman of the Year.

The last Texas offensive lineman to earn a preseason WCFF All-America nod was Connor Williams in 2017.

The 2020 WCFF All-America teams will be selected by the head coaches and sports information directors of the 130 Football Bowl Subdivision (FBS) schools and will be announced in November.