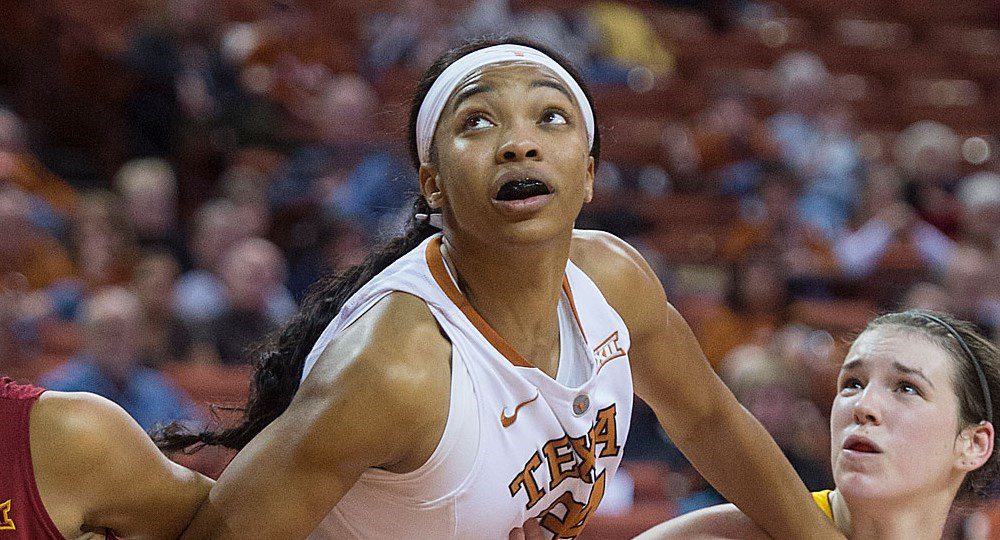 Senior center Imani Boyette picked up her sixth double-double in seven games against Big 12 opposition when she scored 19 points and pulled down 10 rebounds to help lead the Texas women's basketball team to a 65-58 victory over TCU in Fort Worth (photo courtesy of texassports.com).

The No. 6 University of Texas women's basketball erased an 11-point deficit in the middle of the second quarter before rallying to a 65-58 come-from-behind win Wednesday night in Fort Worth.

The Longhorns had not won in Fort Worth since 2013.

The hard-fought win arguably was UT's closest game this season. The teams swapped buckets throughout the first quarter until TCU opened the second quarter with a 10-2 run, forcing Texas head coach Karen Aston to call a timeout. The Longhorns closed the quarter with a 9-3 run, trimming the Horned Frogs' lead to 33-28.