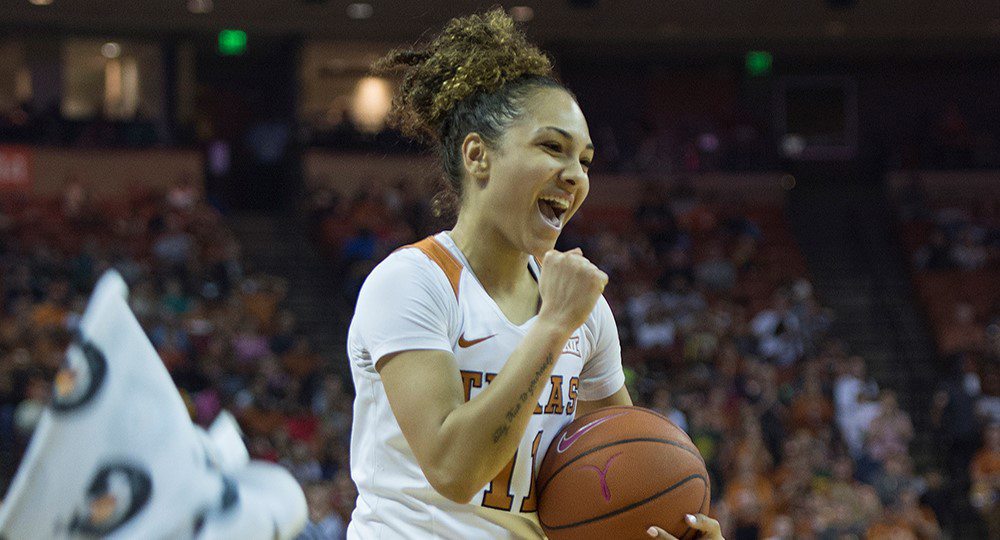 Junior guard Brooke McCarty led three Longhorns who scored in double figures as the No. 14/15 University of Texas women's basketball rolled over Central Arkansas, 78-50, in the first round of the 2017 NCAA Women's Basketball Tournament (photo courtesy of texassports.com).

AUSTIN, Texas — The University of Texas women’s basketball team has notions of making a lot of noise in this year’s NCAA tournament and started that process with a dominating, if uneven, 78-50 win over Central Arkansas in a first-round game Friday afternoon at the Frank Erwin Center.

Junior guard Brooke McCarty led a balanced Texas attack with 15 points as the Longhorns jumped on Central Arkansas in the early minutes and cruised to the victory.

The third-seeded Longhorns, who finished