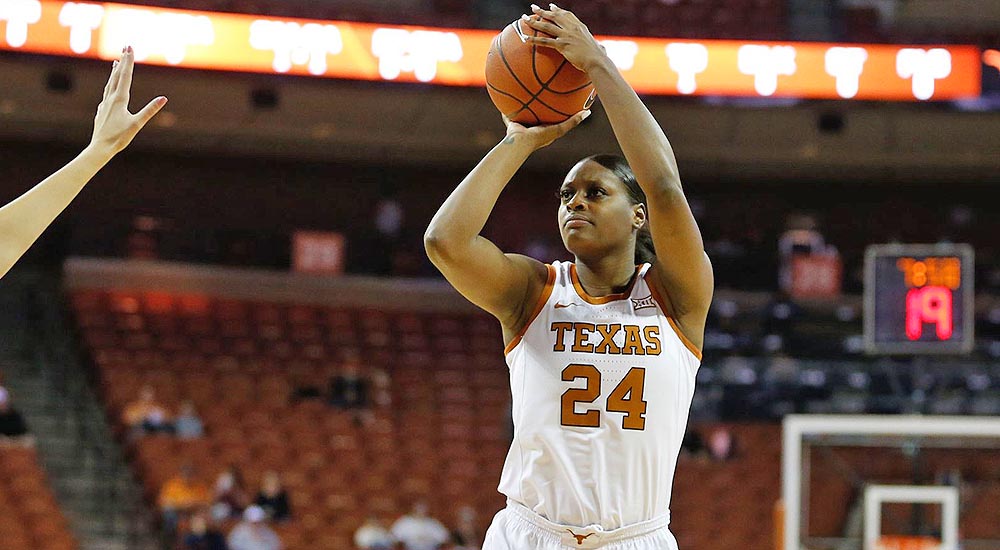 In her final home game, forward Joyner Holmes scored a game-high 17 points and pulled down 10 rebounds — the double-double was her 14th of the season and the 27th of her career — to help lead the Texas women's basketball team to a 63-52 victory over Oklahoma State (photo courtesy of texassports.com).

AUSTIN, Texas — It was fitting that on the day former All-America Clarissa Davis’ No. 24 jersey was retired, senior Joyner Holmes, the last player to wear the number, scored six of Texas’ first 11 points, and finished as the Horns’ leading scorer with 17 points in the Longhorns’ 63-52 win over Oklahoma State in the final game of the regular season.

The victory makes Texas the No. 3 seed in the Phillips 66 Big 12 Championship. The Longhorns will face