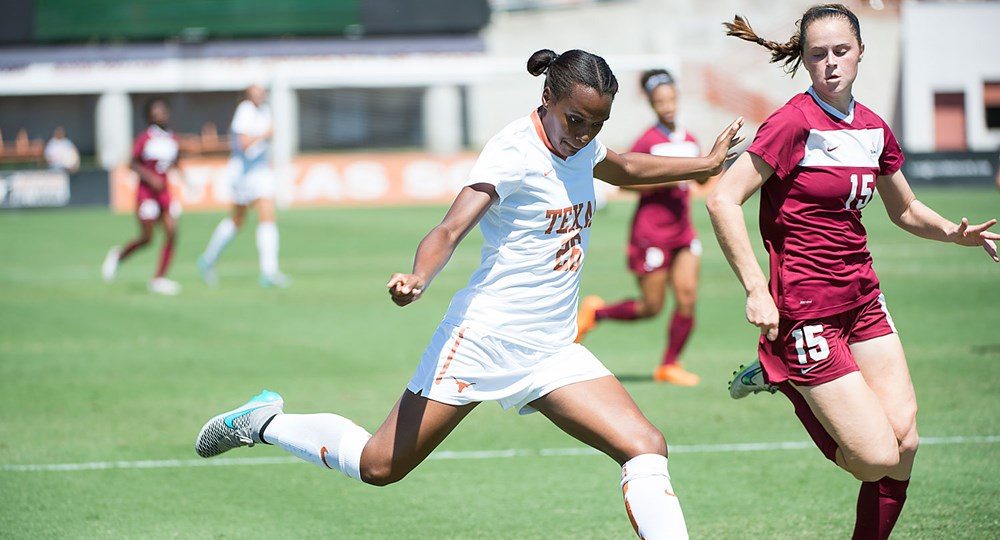 Junior forward Jasmine Hart put the Longhorns ahead in the second half against Oklahoma with her second goal of the season (photo courtesy of texassports.com).

AUSTIN, Texas — The University of Texas women’s soccer team took a 1-0 lead early in the second half, but was unable to hold it as the Oklahoma Sooners rallied to score twice, knocking off the Longhorns, 2-1, at Mike A. Myers Stadium.

Junior forward Jasmine Hart put the Longhorns (7-4-4 overall, 4-2-1 against Big 12 opponents) ahead in the 49th minute when she buried a long shot off an assist from Alexa Adams, marking the fourth consecutive game in which Adams has a point. But