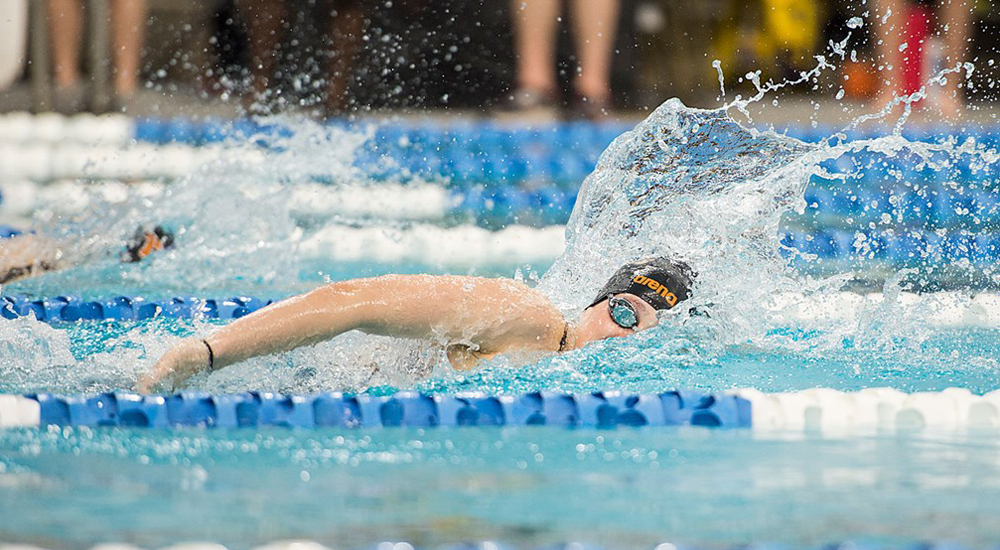 Joanna Evans set records in the 500-yard freestyle and the 1,650-yard freestyle to earn Swimmer of the Meet honors and help the No. 2 Texas women's swimming and diving team win its seventh straight Big 12 championship (photo courtesy of texassports.com).

AUSTIN, Texas — The No. 2 University of Texas women’s swimming and diving team entered the Big 12 Championship as the prohibitive favorite to win. Once in the pool, the Longhorns showed exactly why the expectations surrounding the team are so high, piling up 1,073.5 points to win their seventh consecutive conference title at the Lee and Joe Jamail Texas Swimming Center.

The streak is the longest in the Big 12 … since the Longhorns won eight straight championships from 1999-2006. Altogether, UT has won 17 Big titles.

The Longhorns won 19 events in the meet, and swept all five relays. The events won by Texas swimmers and divers included:

Matt Scoggin was named Big 12 Diving Coach of the Meet for the seventh consecutive year and the 16th time in his career.