The women’s tennis team will bring in just three newcomers in the fall, but those three make up the nation’s top recruiting class according to tennisrecruiting.net. It is the first time in the history of the recruiting website that the Horns have brought in the country’s top class. Despite losing 2017 Big 12 Freshman of the Year Bianca Turati, Head coach Howard Joffe brings in three top-10 recruits to help bolster his program for the 2020-21 season.

Who did @TennisRecNet select as the number 1⃣ recruiting class in the nation for 2020?

Only Malaika Rapolu comes from the Lone Star State, as the Cedar Park native opted to graduate high school early, after her junior year. At the age of 16, she advanced to the singles quarterfinals of the ITF 15k Pro Circuit event in Cancun, Mexico in January, and was ranked No. 8 in the class of 2021. Joffe had nothing but positive things to say about Rapulo and her potential to thrive in Austin.

"I'm so thrilled to have the opportunity to sign a young lady from Cedar Park to play at The University of Texas," Joffe said on Texassports.com. "In Malaika Rapolu, we are not only getting an elite athlete with exceptional tennis prowess, but our Longhorns program is adding someone who cares deeply about her craft.”

Peyton Stearns, of Mason, Ohio, may take a path less traveled by prior Texas commits. There is increased speculation, even from Stearns herself, that her stay in Austin will be a short one. Ranked No. 4 overall, Stearns could turn professional after her freshman year. Texas has committed to bringing her to a minimum of seven pro tournaments this upcoming year, and as one of the nation’s top college programs, will provide for an excellent stepping stone to the top level of the sport.

"It just felt like the right fit. They are offering me the one-and-done deal, where I can go for a year and leave after and then come back and get my education,” Stearns told Tennisrecruiting.net. “They will bring me to at least seven pro tournaments, and I trust them. Some other schools say they will, but I have never seen their players play that many. That was huge for me." 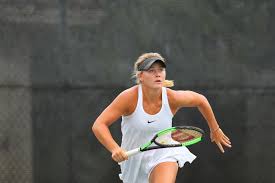 Rounding out the class is Fullerton, California, product Charlotte Chavatipon. A five-star recruit and the No. 2 player out of The Golden State according to tennisrecruiting.net, Chavatipon already has compiled a résumé of competing in notable tournaments, such as the 2019 French Open Junior Championships and 2019 US Open Junior Championships. Up until March, she had been on tour with the ITF World Tennis Tour.

"I liked the college environment at Texas as soon as I stepped foot on campus. Coach Howard (Joffe) and Coach Taylor (Fogleman) are amazing, and the team is very close. Everyone works hard and they enjoy motivating one another to get better as tennis players,” Chavatipon told Texassports.com. 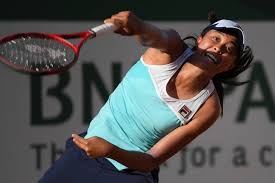