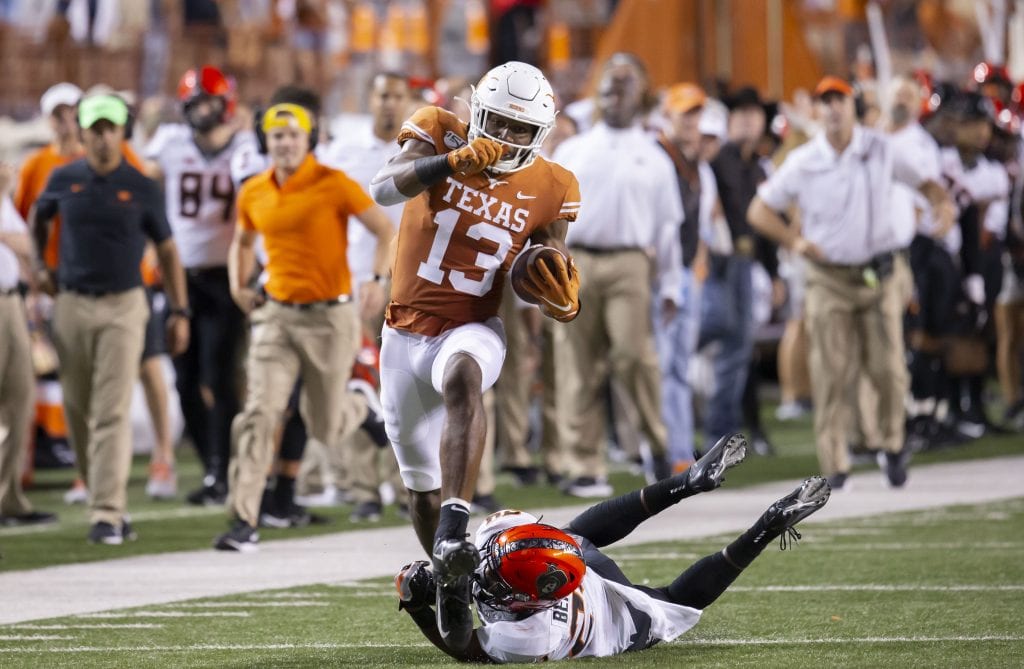 AUSTIN, Texas — Before the football season began, Horns Illustrated outlined a Texas Six-Pack of somewhat under-the-radar players who we thought would make an impact for the Longhorns in 2019.

On the offensive side of the ball, we picked out tight end Cade Brewer, who has produced five catches, one of them for a touchdown against Oklahoma State, and 43 total yards receiving, and Devin Duvernay, who leads the nation with 39 catches in four games and has scored four touchdowns while becoming the team’s go-to receiver out of the slot.