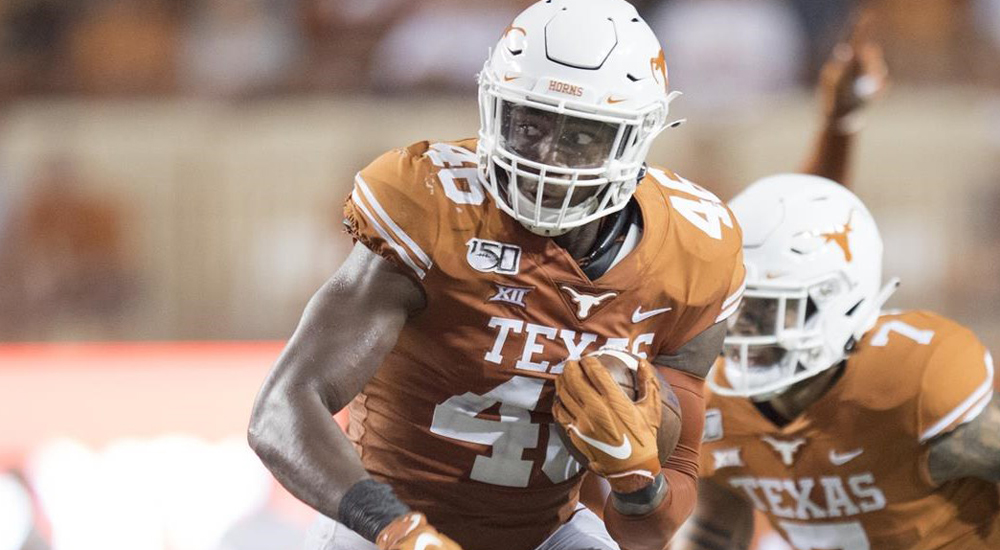 Linebacker Joseph Ossai ranks fourth on the team with 21 tackles, and leads the Longhorns with a pair of interceptions (photo courtesy of texassports.com).

AUSTIN, Texas — Before the football season began, Horns Illustrated outlined a "Texas Six-Pack" of somewhat under-the-radar players that we thought would make an impact for the Longhorns in 2019.

On the defensive side of the ball, we picked out Keondre Coburn, the massive redshirt freshman nose tackle who has anchored the line and recorded six tackles (three of them solo) and one sack, and Jeffrey McCulloch, the senior linebacker and team leader who has 23 total stops, 17 of them solo, one-and-a-half tackles for a loss and a quarterback hurry.

The third choice was