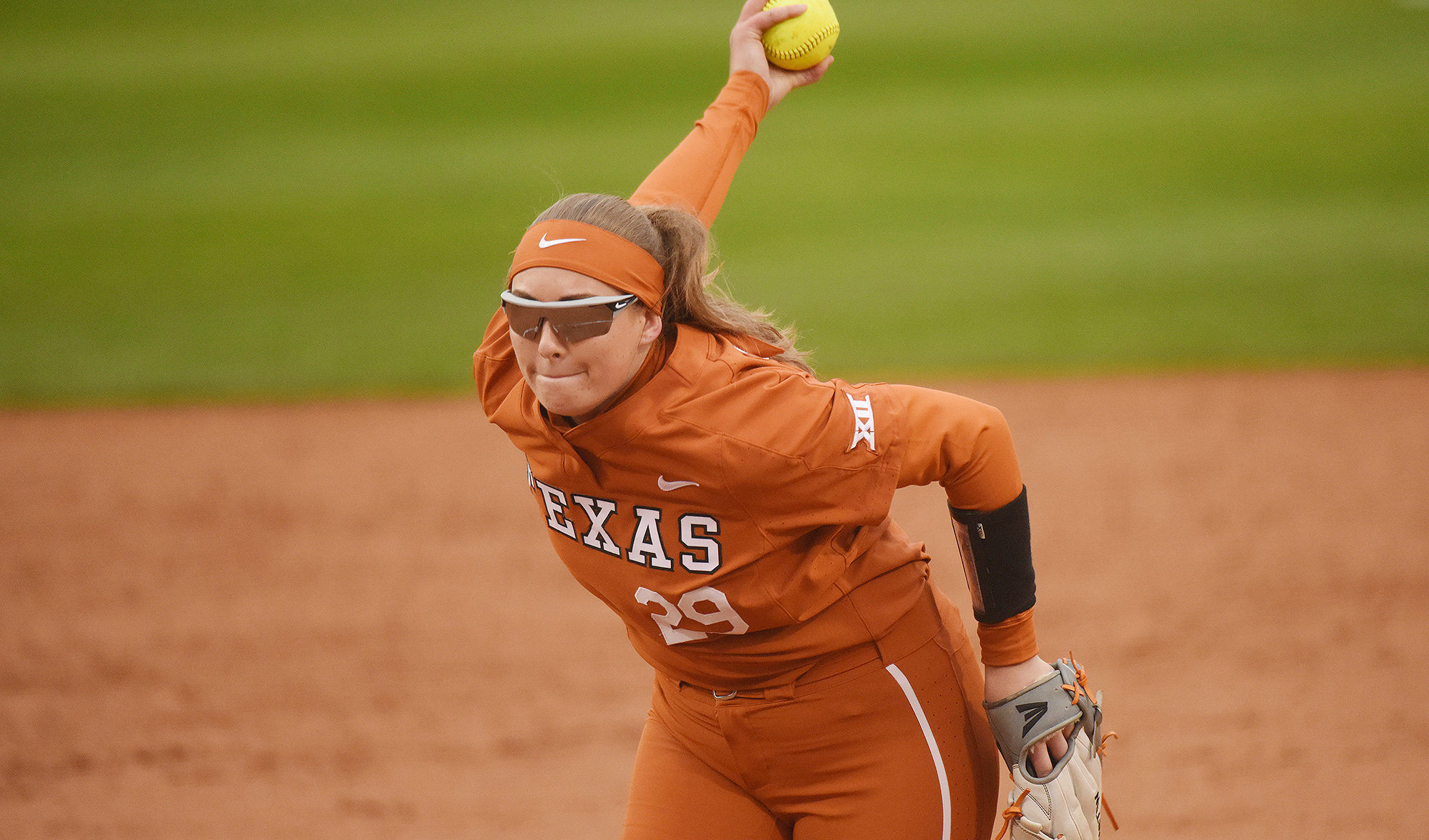 Freshman pitcher Shealyn O'Leary continued her remarkable debut season when she threw her first career perfect game, and second no-hitter of the season, in UT's 2-0 shutout at Baylor (photo courtesy of texassports.com)

If so, someone forgot to tell Texas pitcher Shealyn O’Leary.

The first-year hurler from Castaic, California improved to 11-0 in her debut season when she threw a perfect game in No. 9/10 UT’s 2-0 victory at Baylor’s Getterman Stadium.