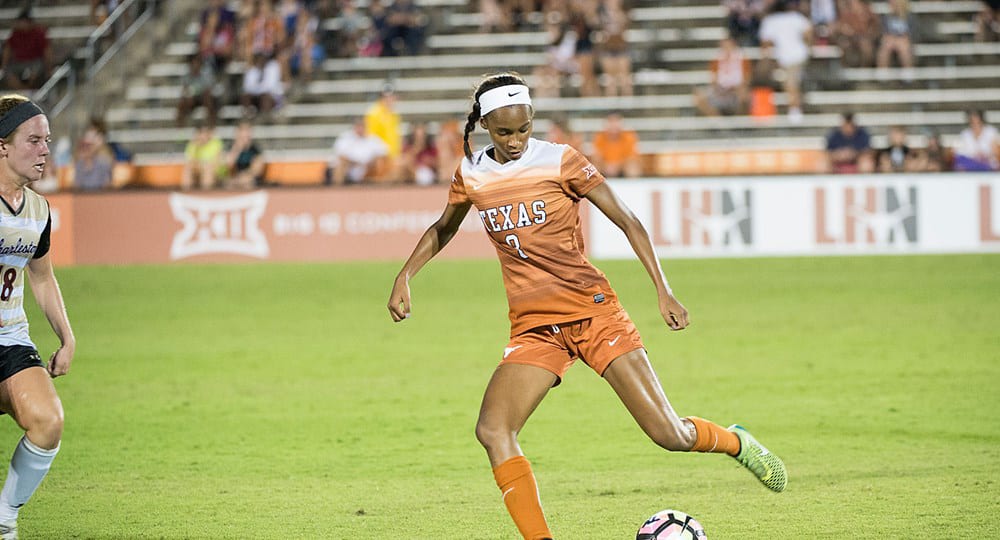 Scoring a pair of goals, including the game-winner, was enough to earn Texas forward Alexa Adams Big 12 Offensive Player of the Week honors (photo courtesy of texassports.com).

After scoring a pair of goals in Friday’s 3-2 victory over Oklahoma, Texas forward Alexa Adams was named the Big 12 Conference Offensive Player of the Week.

The OU game was the third in which Adams has scored twice, and her honor is the seventh from the Big 12 for a UT player, tying the school record set last season.

With 15 points on five goals and five assists, Adams ranks third on the team in points this season and is tied for second in goals.

The No. 20 Longhorns will close out their regular season home schedule this weekend when they host Kansas at 7 p.m. Friday and Kansas State at 1 p.m. Sunday at Mike A. Myers Stadium. Both games can be seen on the Longhorn Network.