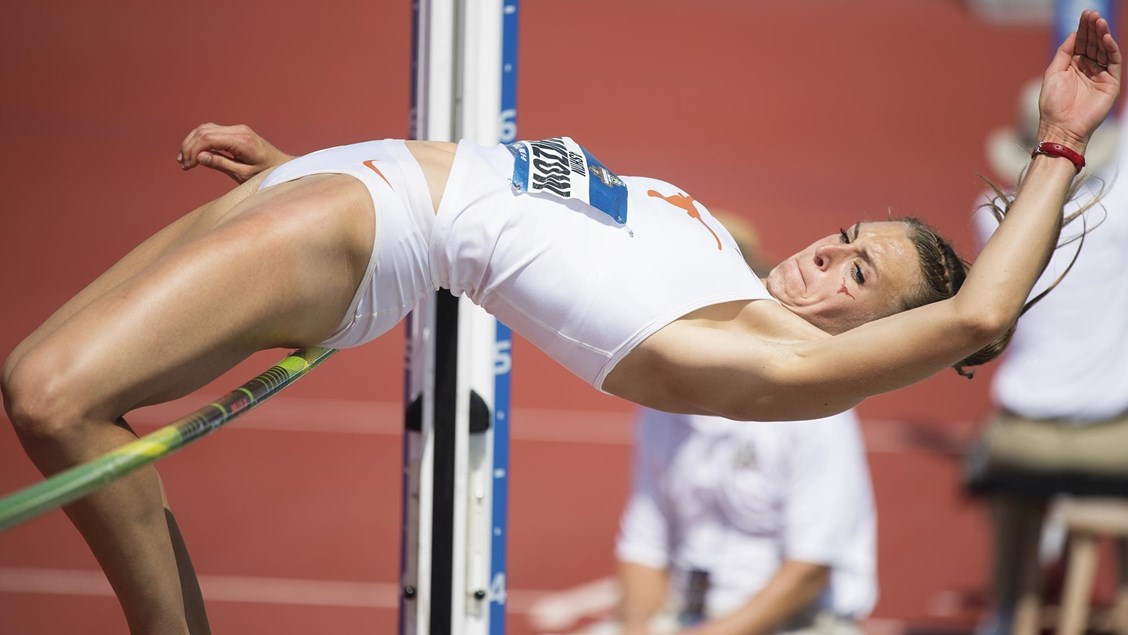 Texas heptathlete Ashtin Zamzow is a semifinalist for The Bowerman, which is given annually to the nation's top collegiate male and female track and field athletes (photo courtesy of texassports.com).

AUSTIN, Texas — There is nothing wrong with being second.

Senior Texas heptathlete Ashtin Zamzow is living proof, becoming just the second Longhorn in Texas women’s track and field history to be named a semifinalist for The Bowerman, the U.S. Track & Field and Cross Country Coaches Association (USTFCCCA) announced Wednesday. The award is(access_s2member_level2)] presented annually to the most outstanding male and female NCAA track and field athletes in the nation.

The most decoratetd heptathlete in UT history, Zamzow joins former Longhorn Courtney Okolo, who was a semifinalist and won the award in 2016. Zamzow won the program’s winner in the event at the Texas Relays, Big 12 Championship and NCAA Championship.

When Texas hosted the NCAA Outdoor Championships June 5-8, Zamzow broke her own school record with 6,222 points, tying or establishing new personal bests in four events: she set new personal marks in the 100-meter hurdles (13.33), the 200 meters (24.23) and the long jump (19-8 ¾), and matched her previous top mark in the high jump when she cleared 1.78 meters (5 feet, 10 inches). Her 6,222 points were the ninth-highest point total in college track history.

The Bowerman will be awarded in December at the 2019 USTFCCCA Convention in Orlando, Fla.
[/s2If]