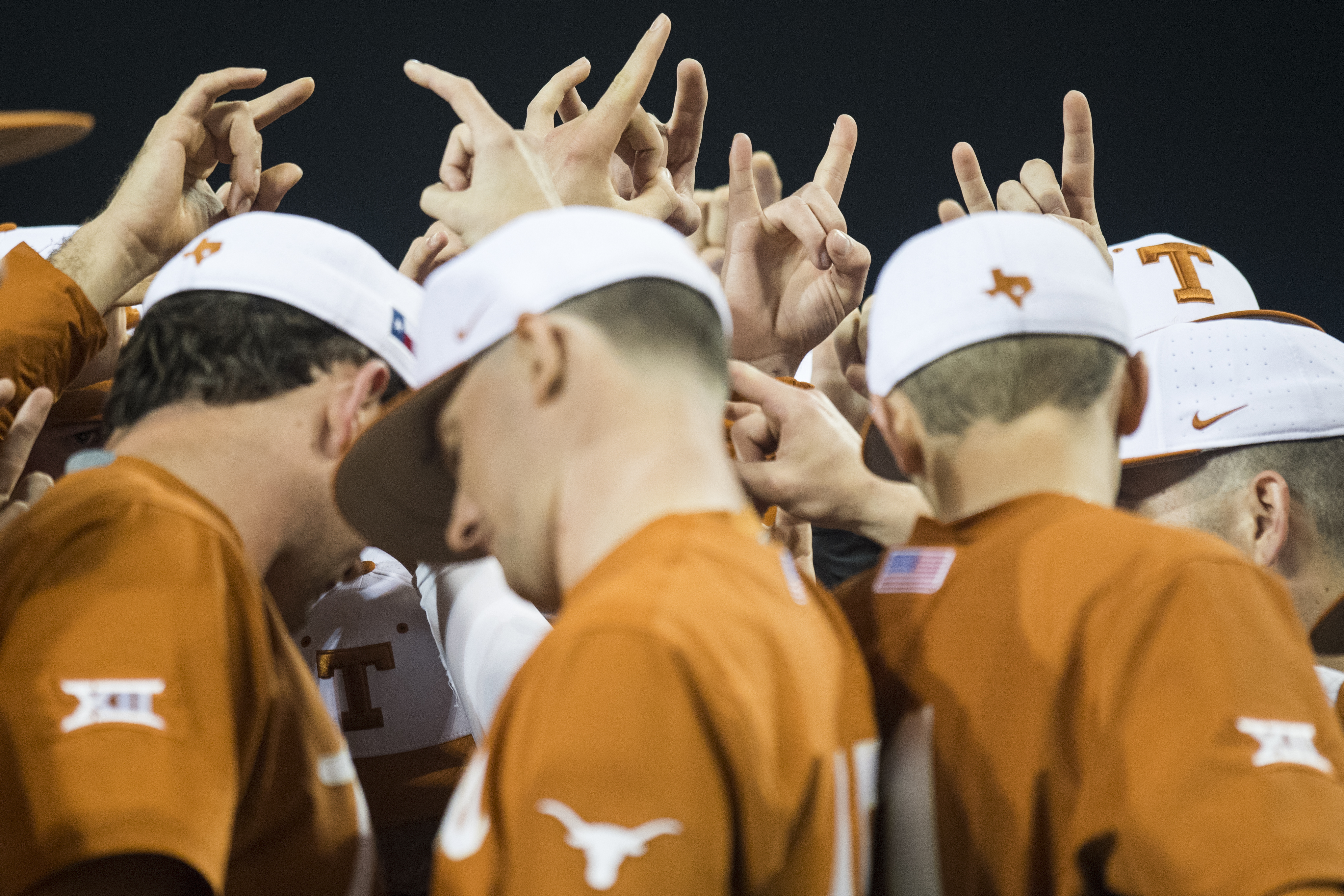 Texas took it to Sam Houston State with 10 runs over two innings in a 10-3 home win Tuesday (Photo courtesy of Texas Sports).

AUSTIN — As if in hibernation for half the game Texas baseball’s bats awoke in a big way en route to a 10-3 win over visiting Sam Houston State Tuesday night.

Trailing 3-0 heading to the bottom of the fifth inning thanks to some sterling defense, the No. 22 Longhorns hung six runs once it was all said and done to take a 6-3 lead, never looking back in yet another runaway win at UFCU Disch-Falk Field. 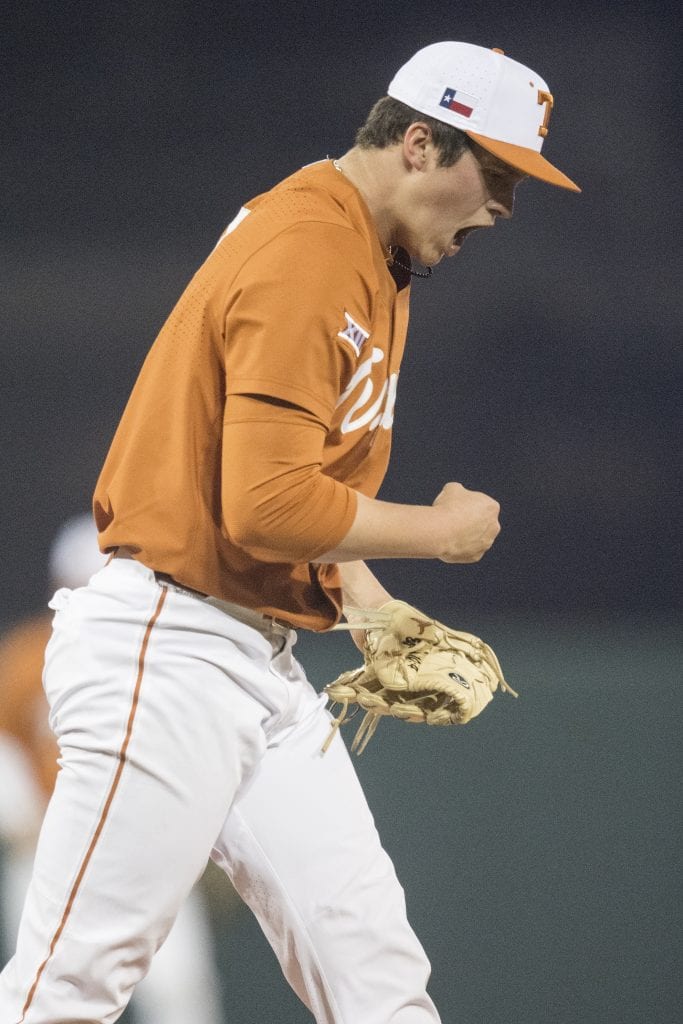 The fifth-inning run came quickly as Texas roped four consecutive doubles to score three in a hurry in tying the game up at 3-3.

DJ Petrinsky, Zach Zubia, Ryan Reynolds and finally Tate Shaw all hit two-baggers, with the latter three all recording an RBI with their doubles.

A cool little six-run inning has your Horns on 🔝 after five complete. #HookEm pic.twitter.com/lm6Lzo0wzH

Texas took the lead on some heady baserunning by Shaw, who darted from third base to home when Bryce Reagan struck out on a wild pitch and the Bearkats' catcher threw to first base to complete the out. Shaw’s run put the Horns ahead for good.

Austin Todd smacked a two-run single to right for the fifth and sixth runs of the inning and Madden had all he needed to get into a groove. 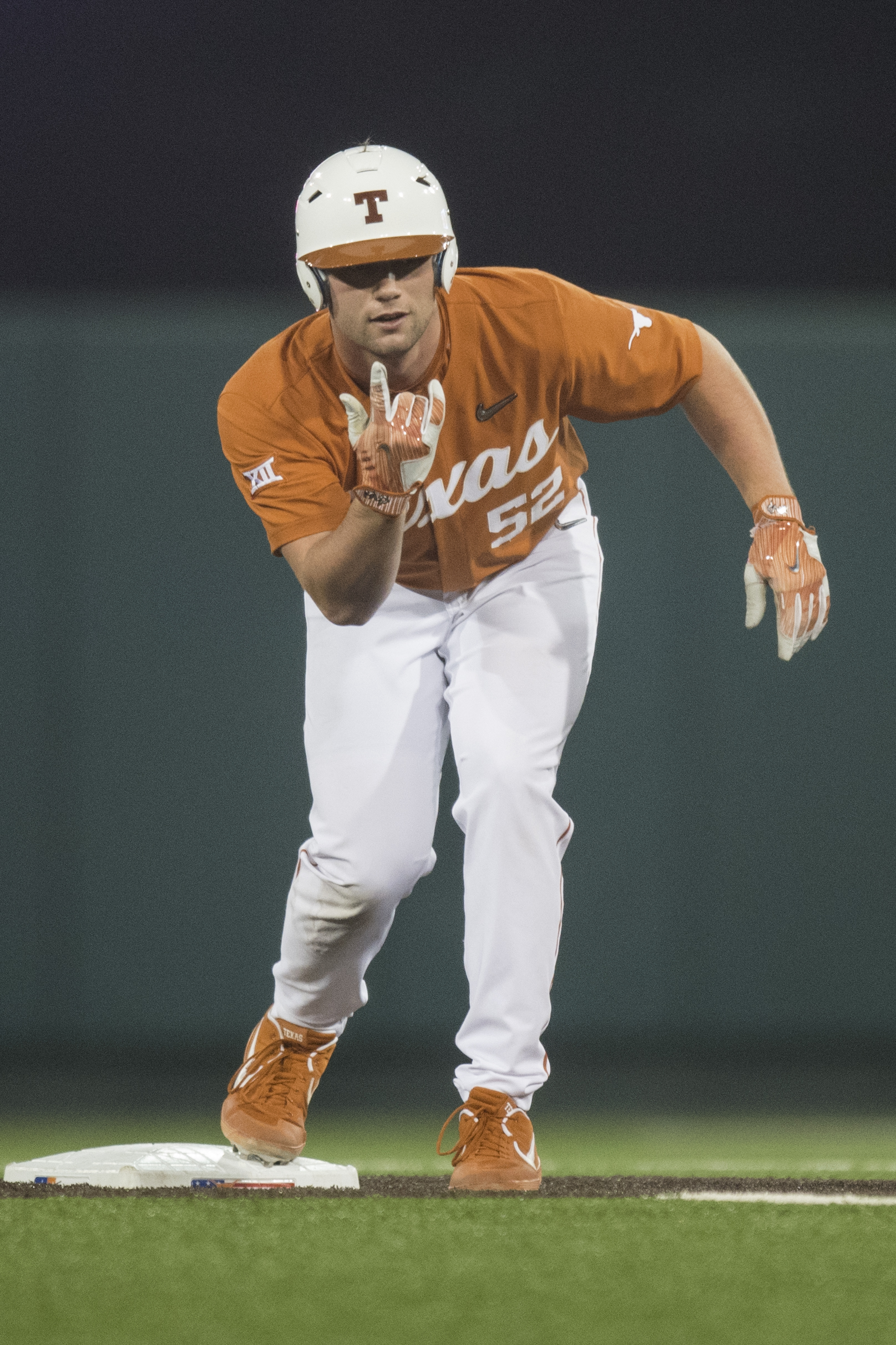 The very next inning Texas was back at it, scoring the rest of their runs by plating four in the sixth. Shaw added another RBI while Reagan and Duke Ellis drew walks with the bases loaded to plate the final two runs.

Texas takes on another visiting foe today, hosting UTSA at 7 p.m. at Disch-Falk.

Them some fancy moves Mr. @B10Reags