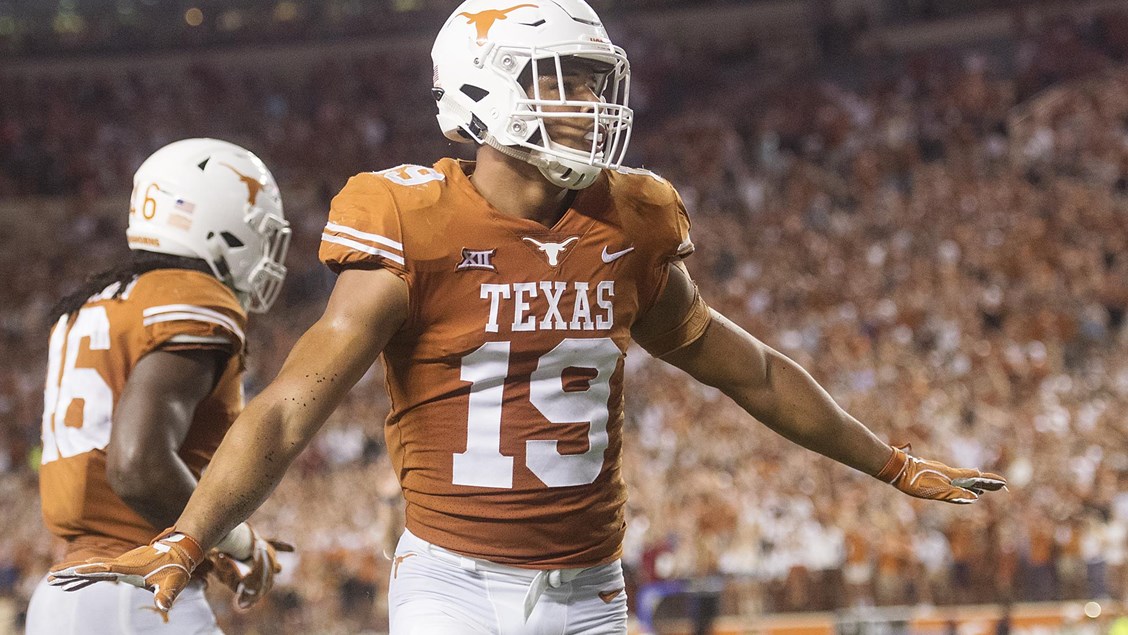 Brandon Jones is coming back to the Forty Acres for his senior season, he announced Thursday (Photo courtesy of texassports.com).

AUSTIN — Brandon Jones’ jump to the next level will have to wait a year. The junior standout safety is coming back to the Texas Football squad for his senior season, he announced Thursday.

With “more to prove” after an injury setback kept him to just 10 games last season, Jones wants to hone and sharpen his skills next season while helping the ‘Horns reach the next level.

On top of it all, the Nacogdoches native is intent on earning his degree and making his mom proud.

“I see where this team is headed and I want to be a part of something great,” Jones said. “Getting my degree from The University of Texas was a huge thing to both myself and my mom, and I know that will take me further in life than football. I'm so very grateful for the opportunity to play at such a prestigious level and want to finish what we've started.”

What he’s helped start is establishing UT as DBU — defensive backs university — once again as he piled up 70 total tackles, two interceptions and two fumble recoveries last season all while the Longhorns took it to Georgia to earn the Sugar Bowl Championship on New Year’s Day.

Not to mention, Texas is back in the Top 10 with the ‘Horns coming in at No. 9 in the last AP Top 25 poll of the season.

“Let’s get it my boy,” junior wide receiver Collin Johnson, who is returning for his senior season as well, said on Instagram.

While Jones got some good feedback from scouts at the NFL level, with one more season under his belt it’s sure that the Big 12 Conference Honorable Mention safety has a chance to vault up the draft lists with another stellar season.

“I got really good feedback from the NFL, but with my injury I felt I had more to prove not only to myself, but to my team as well,” Jones said.

Jones also gets one more year to learn under Texas legend Michael Huff, who had all of the ‘Horns DBs’ ears last season.

From our article in September: Jones and the Texas veteran defensive backs are also taking note from his leadership as they help usher in the next class excelling in advanced classes at DBU, like freshmen safeties Caden Sterns and BJ Foster, as well as young corners Anthony Cook and Kobe Boyce.

“I go to Huff a lot actually,” Jones told us. “The game is really where I go to Huff because Huff will shoot it straight.”

Senior nickelback PJ Locke III credited Jones with helping steer the ‘Horns defense in the right direction before and during plays.

“He was out there really barking,” Locke said earlier this season. “Sometimes at nickel, I can’t see what he sees on the back end because I’m so close to the line of scrimmage and he’s deep. 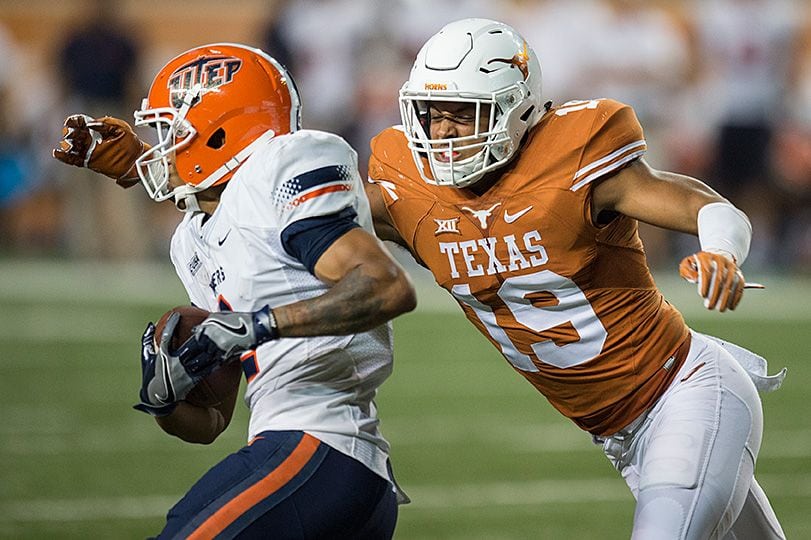 “I heard him talking all the way through.”

Jones notched 10 tackles in a single game twice in 2018, against TCU and Maryland, and nine tackles two more times, in wins over USC and Oklahoma, outstanding numbers for a safety.

Malcolm Roach, who is also returning to Texas next season, had this to say:

And Malik Jefferson chimed in among many others as well.