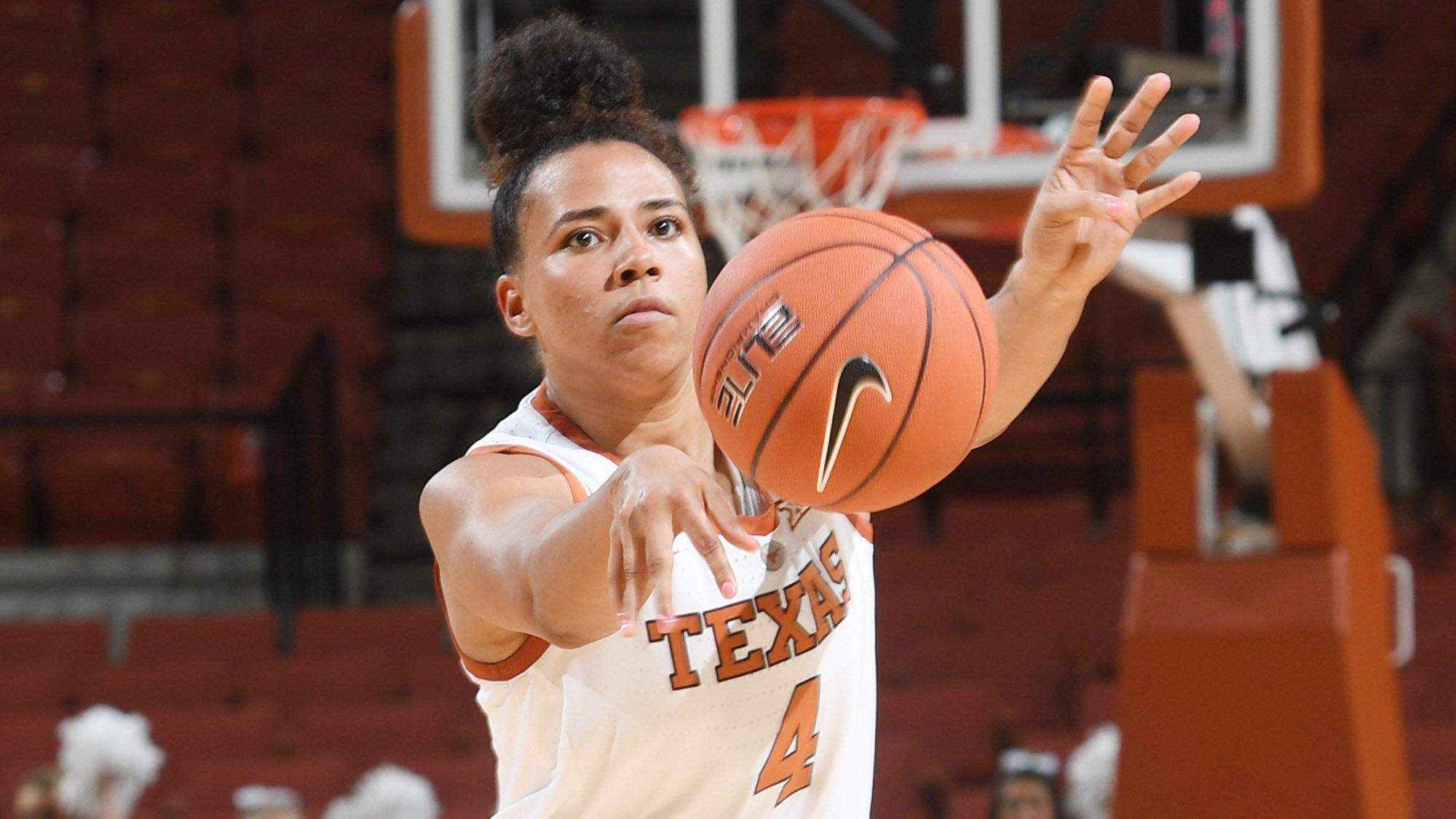 Sophomore guard Destiny Littleton scored a team-high 15 points to lead the No. 11 women's basketball team to a 73-63 victory over visiting Oklahoma (photo courtesy of texassports.com).

AUSTIN, Texas — Junior guard/forward Joyner Holmes scored 10 points and pulled down 14 rebounds Wednesday to record her first double-double of the season, and the 10th in her career, while helping to lead the No. 11 Texas women’s basketball team to a 73-63 victory over the visiting Oklahoma Sooners.

The win improved the Longhorns’ record to 13-2 overall and 3-0 in games against Big 12 teams, while OU fell to 5-9 overall and 1-2 in conference games. Texas extended its lead in the series against the Sooners to 32-25, and has won four of the last five games against OU.

Holmes fell one rebound short of tying her career high to lead UT on the glass, while sophomore guard Destiny Littleton led the Texas offense with 15 points. Two other Longhorns scored in double-figures: center Jatarie White scored 13 and missed a double-double by a single rebound, and guard Danni Williams added 11 points by hitting three of her four field goals from behind the three-point line.

Littleton’s performance was her eighth double-digit scoring effort in 15 games this season. After scoring no more than eight points in a game as a freshman in 2017-18, the sophomore guard has scored 10 or more points eight times this season; her 15 points Wednesday tied for her third-highest scoring output of the season.

Few statistics were as lopsided and instrumental in the outcome of the game as rebounding, as the Longhorns enjoyed a 46-30 edge on the glass. Not coincidentally, UT was able to turn those boards into points, outscoring Oklahoma, 42-30, in the paint.

The Longhorns head out on the road next, facing Iowa State at 4 p.m. Saturday before taking on Kansas State at 7 p.m. Wednesday in Manhattan, Kan.